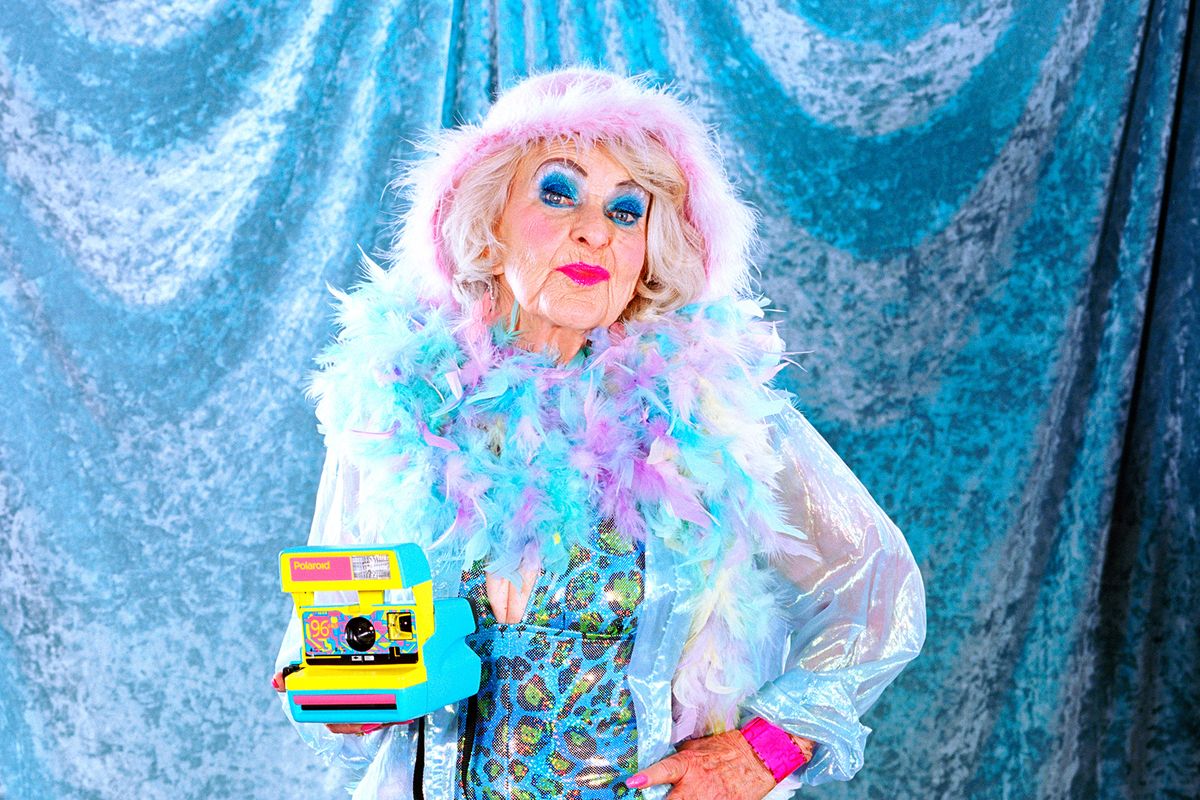 Polaroid Originals is releasing a new camera and an accompanying campaign, "Still Got It," today. They teamed up with Californian photographer Parker Day to capture bright, bold images of various people — including Baddie Winkle, Frances Davis, Graham Mackie, and Regina Williamson— posing with iconic Polaroid cameras that span countless generations.

Related | Baddie Winkle Is Baddie to the Bone

The images portray styles and aesthetics from the 1960s through the 1980s, and are worn by models ranging in age from their sixties to their nineties. Polaroid Originals say that the campaign shows that style isn't a matter of age, and that the images are meant to "emphasize how different generations can inspire each other."