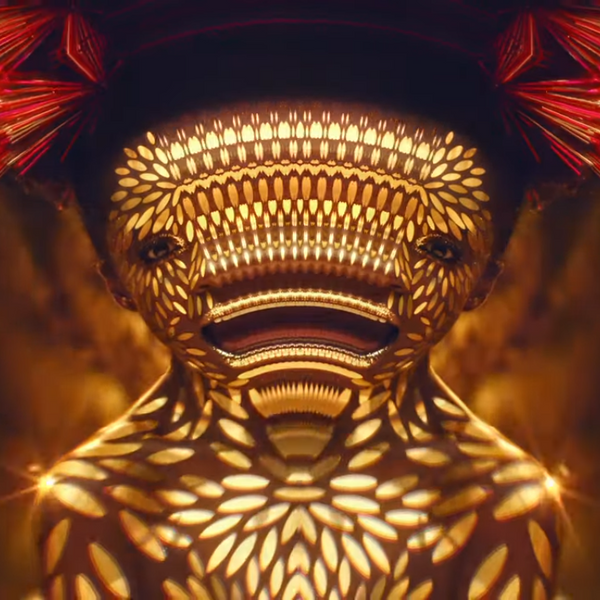 Over the course of two decades and five records, electro-pop three-piece, PNAU, have established themselves as one of Australia's top dance acts. Their glossy productions have earned them a fan in Elton John, who tapped them for the 2012 remix album, Good Morning to the Night, and summer after summer have been the toast of festival season for the land down under. Having fully hit their stride in recent years, PNAU is now looking to carry their momentum forward with the release of their latest single, "Solid Gold."

Their first new single since their 2017 album, Changa, the disco-inspired "Solid Gold" is a playful dance-floor roller that throws out the whole crayon box in favor a fluorescent array of neon highlighters. In an attempt to visually match the song's vibrant glitter-flecked energy, PNAU have now unveiled a kaleidoscopic new visual for "Solid Gold." Starring the song's vocalist, Kira, as a dancing foliage-inspired entity, the video is a mesmerizing swirl of endless reflections infinitely folding in on themselves until all that's left is a wiggly mass of shimmering gold shapes colliding with one another in the sprawling ether.

"This clip was inspired by the entheogenic healing plants of Terra Australis," says PNAU (and Empire of the Sun) member Nick Littlemore. "The director, Clemens Habicht, has an extraordinary ability to create a living video installation that Kira lives within, a universe of light auras feeding back into the brightest beam."

"The track suggested a profound possession of music taking over; a feeling of waves of growth beyond her own body like glowing auras emanating out of her brought on by the music," director Habicht said about the video's inspiration. He explained that to achieve the psychedelic effect they "physically built a real feedback loop on set by shooting Kira performing in front of a screen onto which was rear projected a live feed from the camera capturing her performance as well as its own image of her performance. The effect this produced was of a pulsing echo in time that extruded in lateral waves of time down a wormhole that became a living beast during the shoot; any little stimulus, movement or change in framing or lighting became amplified as it fed upon itself."

Watch the PAPER premiere of official music video for PNAU's "Solid Gold," out now on all platforms.