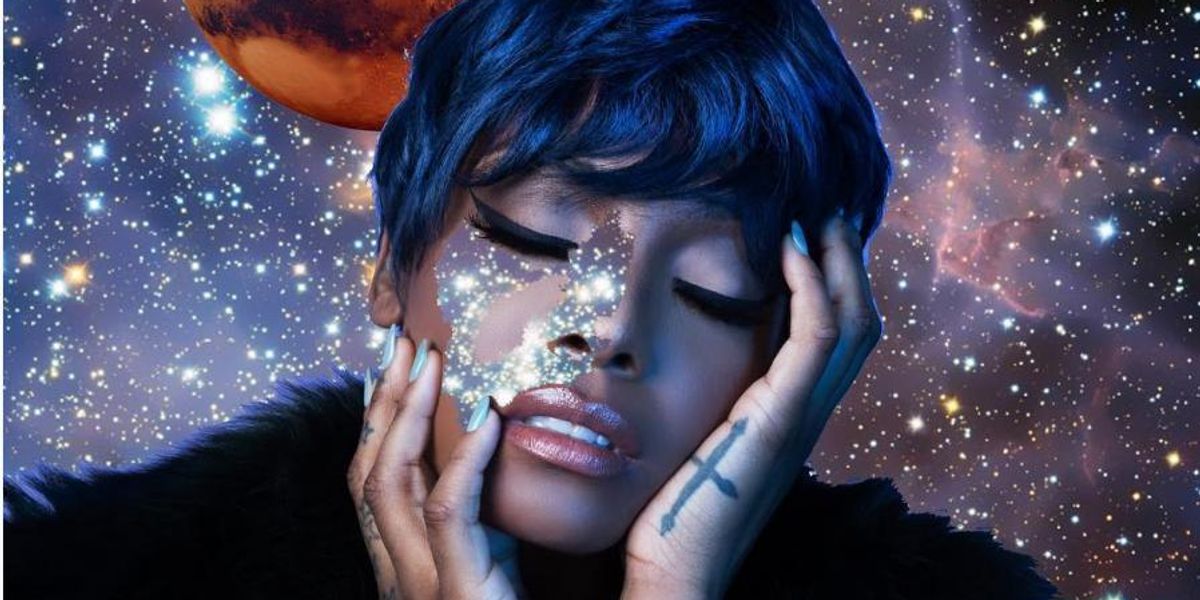 Remember when D∆WN became the first artist to livestream a 360-degree performance via YouTube? Well, girl's now taking her tech game one step further with the brand new virtual reality music video for "Not Above That." And to clarify, by "further," we mean outerspace.

Premiering via Wired, the VR Playhouse and Guerilla Filmworx-produced video has you hurtling through space with several nebulous projections of an effervescent D∆WN. An aesthetic that makes sense, especially as the forward-thinking avant-popstar wrote earlier today that, "As an entrepreneur I've always had a vision to expand music beyond the linear frames."

"This VR experience not only transports you to a CGI world but also includes spatial sound that will elevate your visual and auditory senses," she continued. "Indie just took huge strides. And we are proud to be among the first to do it" -- and the results are mind-blowing. Play around with it for yourself below.

"Not Above That" is from D∆WN's forthcoming album RED*emp*tion, out this fall.