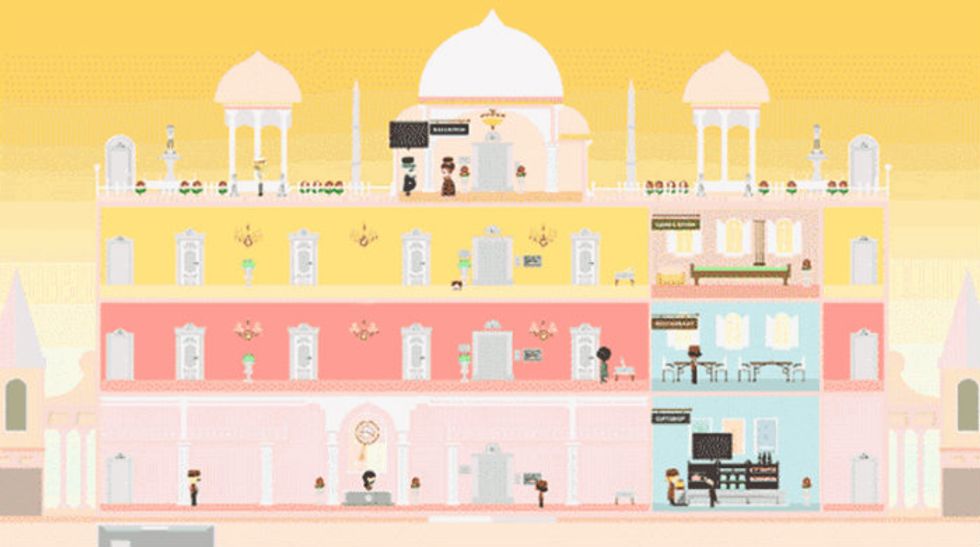 by Eric Thurm
PAPERMAG
Because all things must pass between media, there is now a game version of Wes Anderson's The Grand Budapest Hotel. NYU's Gaming Center has created a new game called Maquisard, which takes the visual aesthetic of a Wes Anderson film and effectively translates it into an investigation through a hotel looking for a hidden government agent. Here's the trailer, via Dazed.

What's next? A game where you play as Royal Tenenbaum and have to sneak Ari and Uzi out of the house to go to dog fights? An open-world ocean exploration game where the real treasure at the end is enlightenment and the recognition of your own mortality? Maybe a platformer on top of a church roof racing to nowhere? Only time (and extremely precise whip-pans) will tell.