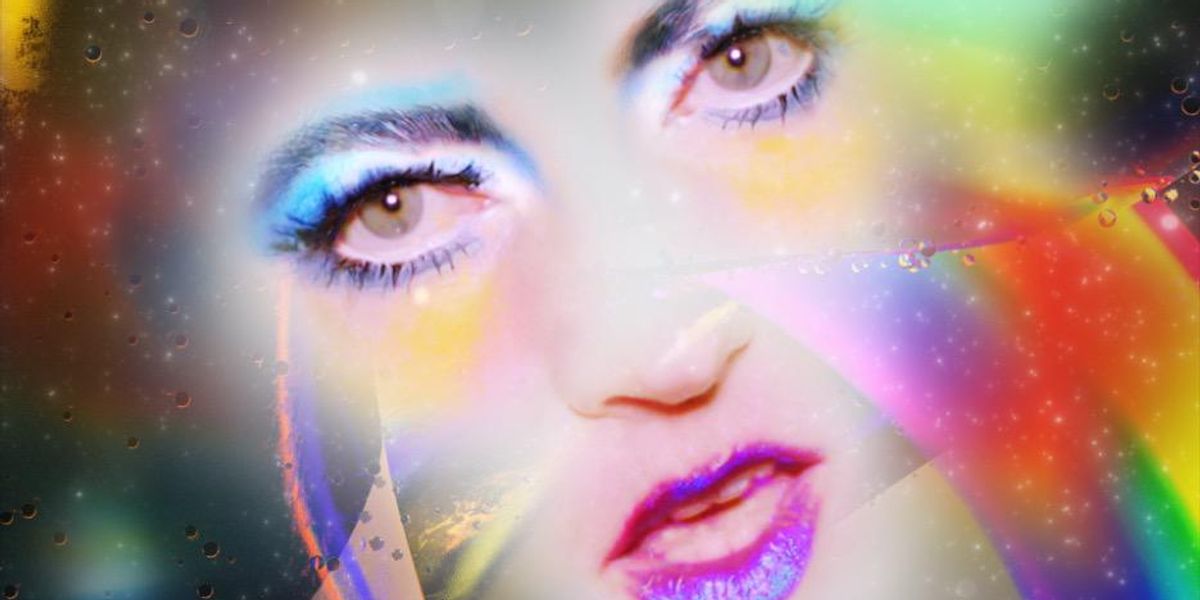 Berlin DJ Planningtorock (AKA Jam Rahouja Rostron) is celebrating their new wife, Riinu, on "Gay Dreams Do Come True," the first single and video off their forthcoming EP of the same name, out October 29th. The two recently got married at the British embassy, where foreign same-sex unions are granted, because gay marriage isn't yet legal in their current country of residence, Estonia.

Things are looking optimistic though, as the current prime minister signaled her support for progress this past June. "Hate, intolerance and discrimination have no place in our Union," Kaja Kallas tweeted, standing in opposition to the opinions of a former prime minister who was recently ousted over an alleged corruption scandal.

Which is why this track and next effort are positioned as Planningtorock's celebration of queer love, rather than the victim narrative so often amplified in mainstream media. "I feel there's something very political about owning my queer happiness, cutting it out and saying, 'We have a right to be happy,'" they say. "I want to make gay music and create space for queer stories."

The disco-inflected song arrives with single art — illustrated by Joyce Lee — depicting someone kissing a woman's nipple that ever-so-gently dangles a rainbow ring on its tip. It's the first of many queer couples Planningtorock has been rolling out for remixes by names like Kiddy Smile and ATRIP. Their original, however, is pure Deee-lite, with Planningtorock repeating the hook, "Gay dreams they do come true and it's because of you baby."

For the "Gay Dreams Come True" music video, premiering today on PAPER, Planningtorock teamed up with Butt Studios and Greedy Goods to create a 3D fantasy world that brings the party to life through technicolor, kaleidoscopic editing. They wear Kenzo Fall 2021 while dancing, lifted from the show they composed a soundtrack for in March.

"I really wanted to celebrate and share the happiness I'm feeling right now with my baby and wife Riinu," Planningtorock says. "It's also the first time I've worked with a director as I usually direct my own videos, and George was absolutely amazing and totally got my vision and the whole shoot was such a laugh from start to finish. Aline, who was the director of photography, is also an amazing queer cinematographer and a total pleasure to work with."

Related | Peaches Shouts Out AOC and RBG in 'Pussy Mask'

Having dominated dance music for the last 15 years with collaborations alongside radical acts like The Knife and Peaches, Planningtorock's transformative new EP is a welcome return. Much like their discography, which has politicised the dance floor through soundtracks about gender, queerness and sexuality, Gay Dreams Do Come True promises to soak in LGBTQ+ love from a more personal perspective.

Watch and stream "Gay Dreams Do Come True," and pre-order Planningtorock's EP, here. They'll also be going live on Instagram with the music video collaborators at 9 AM EST on Thursday, August 19.