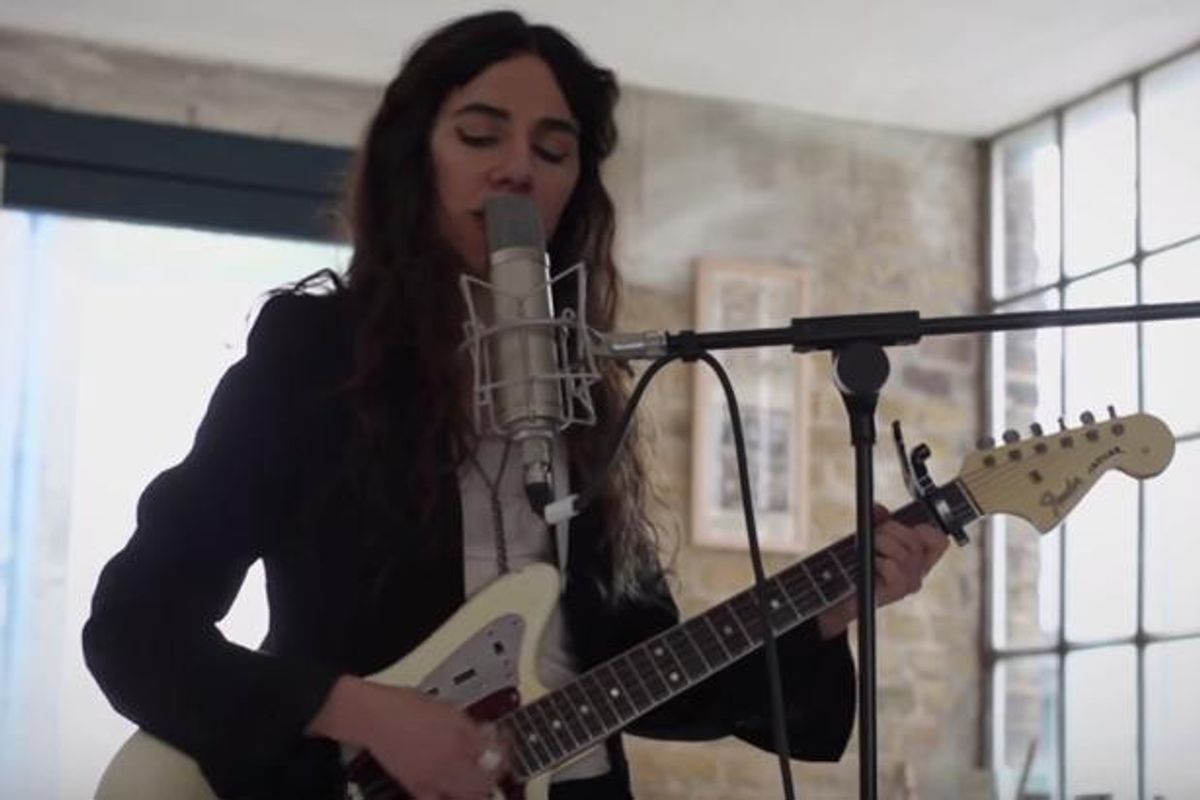 PJ Harvey's Journals Have Been Turned Into A BBC Movie

Rock hero PJ Harvey's personal travel journals--used for the content of her recent, incredible album Hope Six Demolition Project--are being turned into a five-part fictionalized drama for the BBCBBC, On Kosovo Field, beginning on January 9th and going until the 13th.

The story centers around two Kosovo-born, UK-raised siblings who return to their homeland upon news that a mass grave has been discovered near their family's original home. The Albanian genocide, which occurred during the war from 1998-1999, claimed almost 14,000 civilian lives.

Harvey documented her trip through the war-torn country, and turned it into the song "The Wheel," featured on Hope Six, with an accompanying video of footage from her time there.