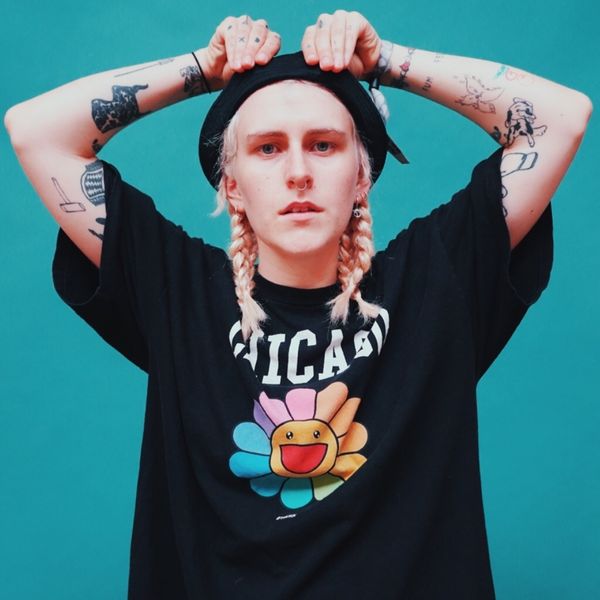 In many ways, Pitchfork feels like the antidote to Chicago's other major summer music festival, Lollapalooza. It's not in Grant Park, the neighboring South Loop landscape to Millennium Park, where tourists swarm daily to capture their reflection in a giant mirrored bean. There aren't hundreds of thousands of attendees to battle in the unforgiving summer heat — no drunk suburban teens to elbow your way through to the front of crowds, or block-long lines to wait in for a blogged about, break-the-bank Ramen Burger. Lolla's mammoth-sized lineup is consistently stacked with famouses and reads like a Spotify landing page, featuring all the year's most popular acts across genres.

Hosted in the much quieter West Side at Union Park, Pitchfork is designed to provide a more local feel, reflective of the (now Condé Naste) publication's original Chicago roots. There are only three stages and three days of live music, with a lineup far more focused than Lolla's. This year saw a particularly strong inclusion of Chicago-based talent, recognizing many of the artists today who're making the city's music scene a hub for everything from garage-rock to folk and hip-hop. It's a tight-knit community of musicians who create together, tour together, and party together — an ecosystem that supported each other's performances (on-stage and side-stage), and shared afterparty bills all weekend long.

Below are five locally sourced acts that dominated Pitchfork Music Festival 2019, and where to follow them.

Whitney, the Chicago indie-folk duo of Julien Ehrlich and Max Kakacek, has quickly positioned itself as the city's biggest touring band today. Their debut 2016 album Light Upon The Lake was an emotional, melancholic project that attracted fans including Sir Elton John, and posed existential questions like, "Will life get ahead of me?" After bringing their warm, midwestern sounds across the world, Whitney's now gearing up to release a sophomore project, Forever Turned Around, due out August 30, that lyrically explores platonic and romantic relationships. "I can feel you giving up," Ehrlich sings in his signature falsetto on the LP's lead single — easily their most effective to date. "Giving Up" performed live sounds even better than the studio recording, with a timeless chorus that a crowd of thousands can learn in seconds, sing back and immediately relate to. "Giving up, giving up..."

At every one of Ric Wilson's shows, the Chicago-based rapper directs the audience into a Soul Train-style dance line. Not only does this bring his crowds together — essential, especially having come from a city notorious for its segregation — but it also speaks to the performer's soulful blend of disco-infused music. Delivering one of Pitchfork's most dynamic sets, Wilson also brought out the Lane Tech High School marching band and, at one point, used his platform to encourage unity with fists raised in-air: "Everybody say, 'No racist, no sexist, no homophobic, no transphobic, no bullshit." His latest single, "Yellowbrick," is a tender, summery song that continues Wilson's message of love, : "It's the vibes that you bringing around/ The way that you smile/ You holdin' me down/ That's the yellowbrick road to my love." The accompanying music video tells a love story between two non-binary puppets, both of whom he brought out on stage for the Chicago festival.

No other frontman dances on stage like Clay Frankel, one-half of Chicago's synth-inflected garage-rock band Grapetooth. His legs tremble recklessly, and he throws his guitar around like he's got a replacement on ready. Alongside bandmate Chris Bailoni, Grapetooth's live set feels like a snapshot from an '80s house party — happy-drunk and youthful — like something Ferris Bueller might've stumbled through on his day off. As a member of Twin Peaks, another Chicago staple, Frankel's been in the game for a while, and Grapetooth's self-titled debut album has the energy of a musician who's experienced, but eager to experiment. The project is loaded with highlights, from "Violent" to "Red Wine," but nothing packs a punch quite like "Blood" — an insanely fun, unruly pop effort with a chorus that blew the roof off Metro Chicago, where they later performed after Pitchfork.

Lillie West, the Chicago-based songwriter behind Lala Lala, is one of many local performers who values community as much as she does music. During Pitchfork weekend alone, the London native joined Grapetooth on stage one afternoon, then performed alongside them for a joint after show, and briefly sang backup for Whitney days later, all while staying responsible for her own festival set. West has two full albums under her belt — Sleepyhead (2016) and The Lamb (2018) — both of which have a carefree innocence with darker, lo-fi undertones. The latest Lala Lala project was written and recorded in the wake of West's now two-year-long sobriety — a journey the musician told PAPER taught her to not let "terrible things" in her past overcome her. "How do I recognize them and grow from them," she said, "instead of collapsing." But that doesn't mean she's locked into blind lyrical optimism: on The Lamb opener "Destroyer," West sings about love lost above grizzly garage guitars. "You are the reason my heart broke behind me back," she admits.

Tasha Viets-VanLear, who performs simply as Tasha, refers to her Chicago-bred music as "radical softness" — a categorization that perfectly reflects the delicate sounds and deeply personal narratives woven throughout her songs. On Tasha's 2018 album, Alone at Last, she opens with an admission of everything she loves, believes in and fears via "Take Care." She lists: "I believe in bath time; I believe in bubbles on my nose and warm, warm water; I believe in my bed." The musician's Pitchfork set offered this same soothing, warm energy — a perfect set for Sunday afternoon. Her lead single, "Kind of Love," was a highlight with its gentle percussion, swimming bass lines and innocent, earnest lyrics: "And I don't even know/ If I'm grown enough to say these words," she sings. "But I want you more and more/ That much I can be sure of." Tasha later sang backup for Whitney, who're fellow experts in woodsy, pared-down indie-rock. It all felt like one big exhale.