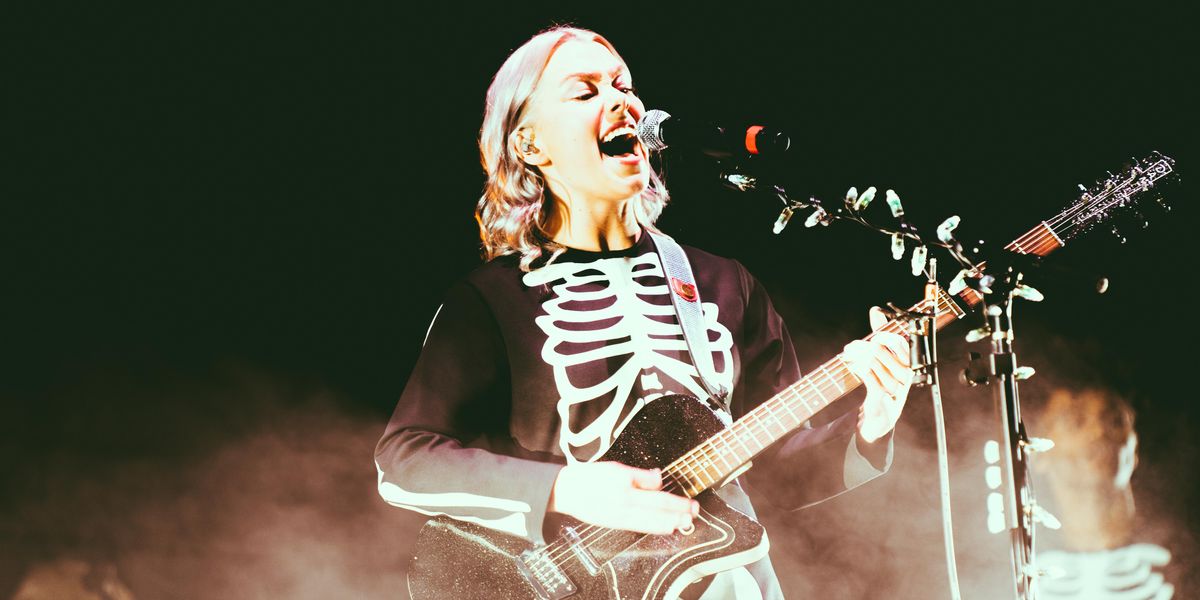 After taking a year off for obvious reasons, Chicago's Pitchfork Music Festival made a welcome return this past weekend, sending off summer with a strong lineup that included headliners Phoebe Bridgers, St. Vincent and Erykah Badu.

It was a blissful, dreamlike three days of music. The weather was so sunny and warm that you started wondering whether climate change might be worth it. Many acts on the bill were playing their first shows in almost two years, and there was a general sense of gratitude and bewilderment onstage each time, especially from those performers who'd had few chances to show off a new body of work that had been released during lockdown.

On that note: vaccination cards or negative test results were required for entry, and people were pretty good about wearing masks and even standing at polite distances from each other — a few rigorous mosh pits aside. The festival wasn't a return to normal life, but it was a welcome respite from everything happening outside of Union Park. Our 10.0 favorite moments, below.

Phoebe Bridgers Entering the Stage to "I've Got a Feeling"

Day one of the festival was all about Phoebe — her skeleton-suit-clad stans kept the merch line comically snakelike from midday to 8:30 PM, when the Black Eyed Peas' pre-gaming classic "I've Got a Feeling" played her and her band onto the green stage. Though she opened with "Motion Sickness," most of the set was appropriately Punisher-themed, and if there had been a single person in attendance who didn't consider this woman to be their lord and savior, they would have been won over by a certified rock show.

A fun, random day three moment: Mariah the Scientist testing out the crowd's knowledge of her self-declared favorite song in the world, Fleetwood Mac's "Dreams."

The festival's hottest collab was Faye Webster x Goose Island, presenting their latest project "Peach Lager." A subtly sweet and refreshing brew, served in a nice big can that felt good pressed up against your face in the sweaty sun. Would make a great shower beer, too.

The Cicadas During Every Blue Stage Set

The blue stage was the best place to experience newer acts, as well as those more suited to an intimate, tree-lined performance space. The trade-off? Hella cicadas. For the most part, they provided a bit of extra atmosphere — a sense of late-summer foreboding. But you had to feel for the sound guy.

Pitchfork festival regular Danny Brown won the most excited crowd award on day three, and deservingly. He didn't let the energy slip for a single second, whether playing the hits or bantering about recently turning 40.

A true day two highlight was Kim Gordon growling her way through 2019's No Home Record as the wind picked up and the sun set across a dusty, suddenly rather apocalyptic-seeming sky. A truly hypnotic set, especially combined with Gordon's unsmiling strutting and a perfect visual backdrop made up of drive-by highway footage of strip malls and snowy trees.

Soft Pink Truth's day one blue stage set brought Drew Daniel's compelling house covers of hardcore classics to an open-minded crowd, who were delighted to shout the words "HOMOSEXUAL" and "NYMPHOMANIAC" in competition with the aforementioned cicadas.

The merch stand, which was selling a t-shirt promoting their anthemic single "Like I Used To," had hinted it might happen. For the final song of her day two set, Angel Olsen brought out Sharon Van Etten, and their clear mutual admiration and love for one another — as well as shared vocal skills — was a delight to behold.

Amidst her beloved Pang tracks and a rendition of "Bunny Is a Rider" with live whistling, we got to hear to as-yet-unreleased Caroline Polachek tracks during her set on day three: "Sunset" and "Smoke." Though she was a little apologetic about playing new stuff, literally no one wasn't excited to get a preview. The flamenco vibe was unexpected!

St Vincent Joking About Her 6.7

Are you on the Daddy's Home train? Pitchfork, who organized the festival and invited St. Vincent to headline day two, are not. It was a thrilling set, whether or not you get the '70s R&B thing she's currently doing, featuring full choreo and a fun cityscape backdrop. Just in time for its 10-year anniversary, we got a couple of tracks from Strange Mercy, too. But the best moment? The artist happily made fun of her latest album's 6.7 score by giving the crowd the same rating during a fake phone call with her sister. May we all approach our middling reviews with such levity.