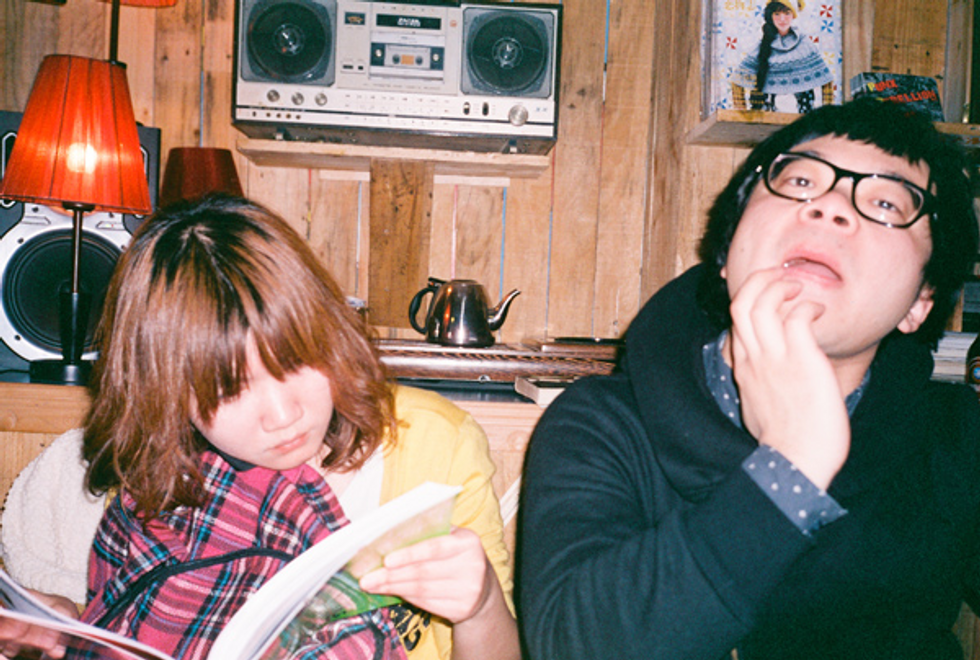 I first noticed 27-year-old Ka Xiaoxi's work on display at a gallery in Shanghai's art district, M50. His photos were on view along with the work of 16 other young photographers he had brought together, for a show (and accompanying book) called "Light Room." His grainy, raw and perfectly unnerving shots, accompanied by poetic descriptions and plenty of cold beer on hand attracted an art crowd caught in what Ka describes as "their dilemma of being isolated from and addicted to life at the same time." I caught up with the curator and photographer recently to learn more about his art and his take on this new generation of Chinese photographers.

A central focus of your work is capturing China's youth culture. How would you describe youth culture in China to someone reading this in L.A., New York or London?
It's hard to describe. You can see what we've done with music, fashion and art. But, in general, I would say we're all energetic and young, but not crazy enough.

How did you get your own start as a photographer? Who or what inspired you to start?
I didn't consider myself a real photographer until last year when I took pictures for Adidas Originals. Before that, I just loved to take snapshots with my auto-F film camera. I was inspired by Terry Richardson at the beginning. I loved his photos so much at the time. Now, I like others such as Helmut Newton, Jurgen Teller, Ryan McGinley, Hasisi Park, Tim Barber, etc. My style's very casual now, with some certain "Ka" style that's developing. I love to use flash and shoot people. that's all.

What's the best thing about being a photographer in Shanghai right now? What's the most frustrating aspect?

TikTok Suspended a Teenager's Account When She Criticized China

Saint Laurent to Debut a Short Film Set in Shanghai