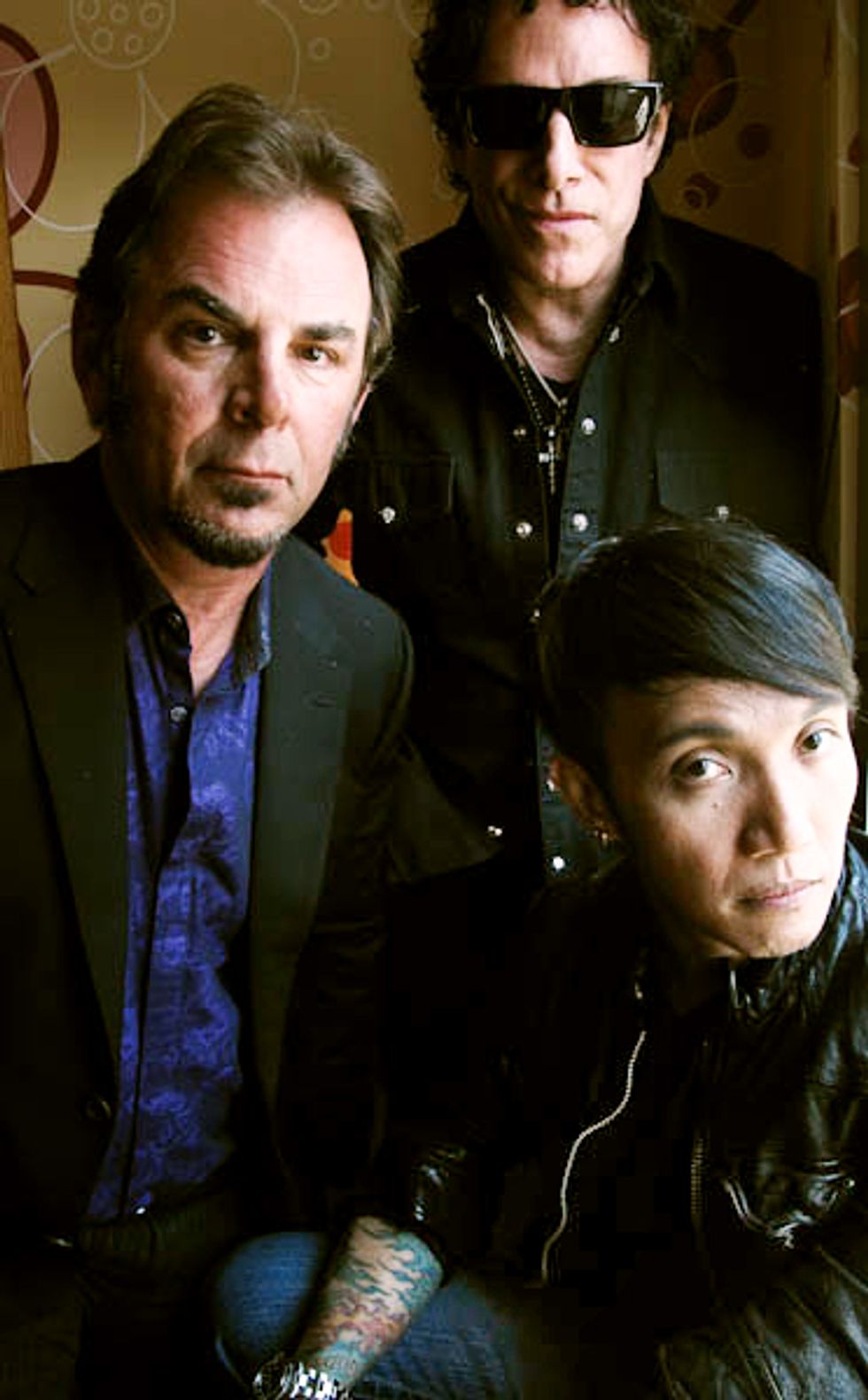 Paper photographer Henny Garfunkel is making the rounds at Tribeca Film Festival this week, shooting portraits of actors and filmmakers. She'll be sending over her photos through out the week, and we're kicking off her coverage with this photo of iconic rockers Journey, who are featured in Ramona S. Diaz's documentary, Don't Stop Believin': Everyman's Journey. The film chronicles the band's search for a singer to replace original frontman Steve Perry, who left the band in the late '90s, and their discovery of Filipino singer Arnel Pineda on YouTube. Pineda sounds A LOT like Perry. (Like, we're talking 'holy shit' levels of Perry-ness. He is really, really good.) He also has a super-interesting story and was homeless when Journey guitarist Neal Schon traveled to Manilla to meet him. The documentary follows Pineda as he joins the band, tours with them, and strives to win over die-hard Journey fans wary of a Perry-less lineup. Watch the trailer below! Careful, you might cry a little bit. We definitely welled up. Go here for showtimes of Don't Stop Believin': Everyman's Journey.

The Best Moments In Television Of 2015 Featuring Mad Men, You're The Worst, Hannibal, Rick And Morty And More

Tips for Today: Journey in NYC + Chicano Batman in L.A. + "Shame That Tune" in Chicago + The Colony Summer Rave in London