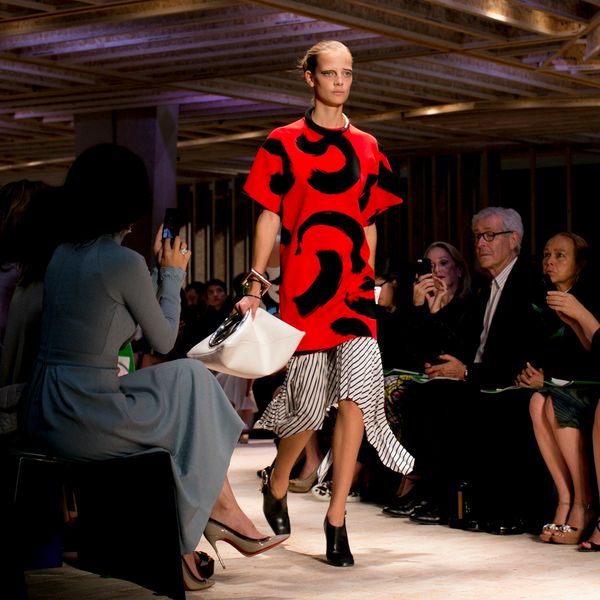 After the Debut of Celine, Céline Sales Are Booming

Shortly after Hedi Slimane showed his controversial debut collection at Celine (now styled sans accent aigu to denote a new chapter for the brand), fans of former creative director Phoebe Philo (who helmed Céline) took to resale sites to buy and sell pieces released during her tenure. According to TheRealReal, as reported by BoF, searches for the brand were up 52% the weekend directly after Slimane's spring 2019 collection for the brand was unveiled. As a spokesperson for the luxury consigner told BoF, the search is still up 29% this month.

Vestiaire Collective on Instagram: “It's not too late to pick up the best of Phoebe Philo’s designs. Our selection of the most iconic pieces is online on…”

Prices for Philo-era accessories and ready-to-wear have shot up as high as 30%. The most popular of these coveted styles have been "those with classic Celine aesthetic," as Vestiaire Collective's Chief Marketing Officer Ceanne Fernandes-Wong explained to BoF (likely nodding to the brand's "Luggage" bag). The luxury resaler joins Ebay and The RealReal as one of many sites experiencing an uptick in Phoebephile activity. Naturally, they've turned this phenomenon into a marketing opportunity, driving sales via newsletters, social media, and web promotions.