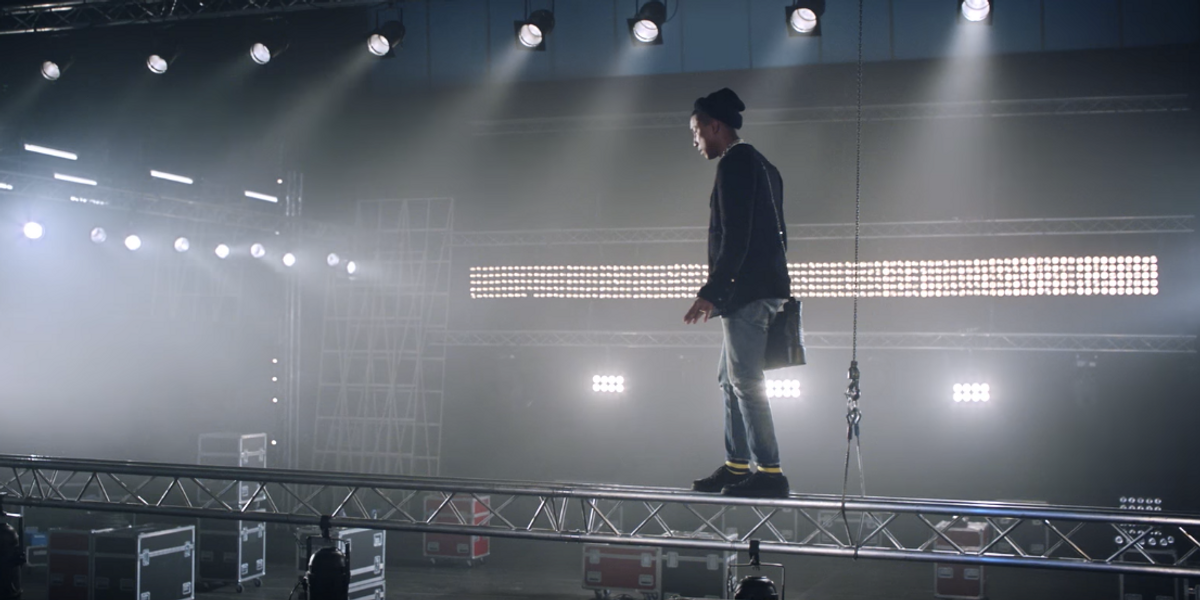 Watch Pharrell Risk His Life For a Chanel Bag

Pharrell made waves earlier this year when it was announced he'd be the first man to model a handbag for Chanel. Now, the Ageless One's first ad for the campaign shows the multi-hyphenate producer risking his life to model the "Gabrielle" bag as he balances a few dozen feet off the ground in an empty warehouse.

Check out the short film below: