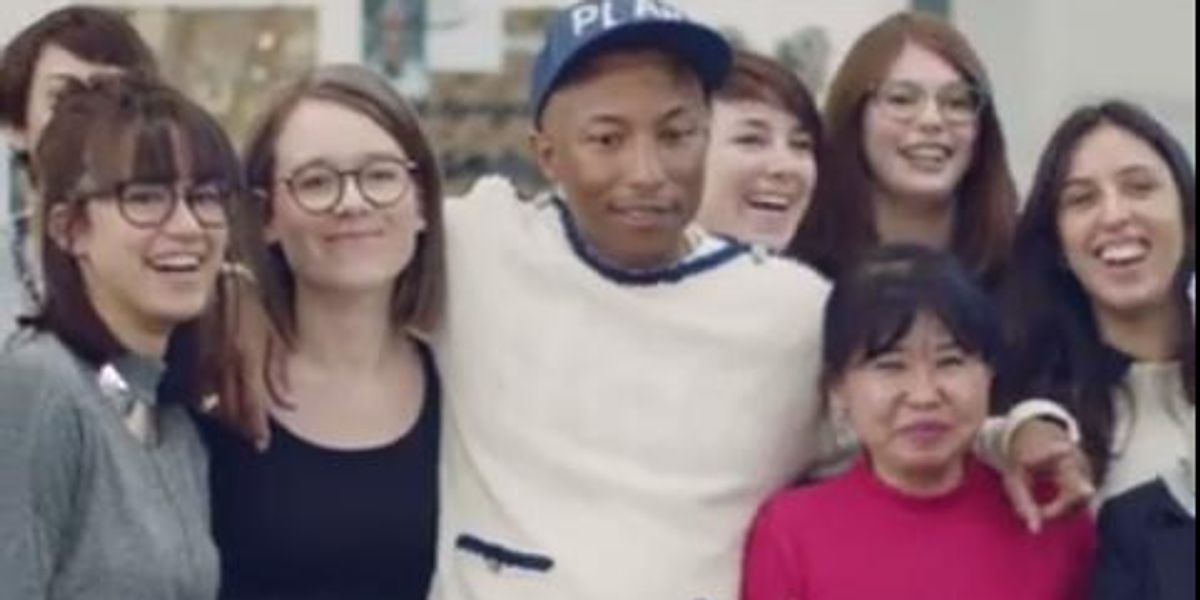 Pharrell is no stranger to fashion, releasing his own Adidas collection recently and working with labels like Moynat and G-Star Raw, and making news with his red carpet choices. Now he's going couture, appearing in a video about the making of Chanel's 2015/2016 Métiers d'Art collection, "Paris in Rome." Today, the house released a tease of the video, which sees Pharrell spending a day behind the scenes of Chanel's Rome workshop as beads get sewn and complicated looms get worked. Pharrell has worked with Chanel before, starring in a 2014 Lagerfeld-directed short film with Cara Delevingne. Here's hoping Karl keeps him around as Chanel muse for a while, if not for his awesome but for the euphonious "Pharrell and Chanel" phrasing (go ahead, say it out loud to yourself).