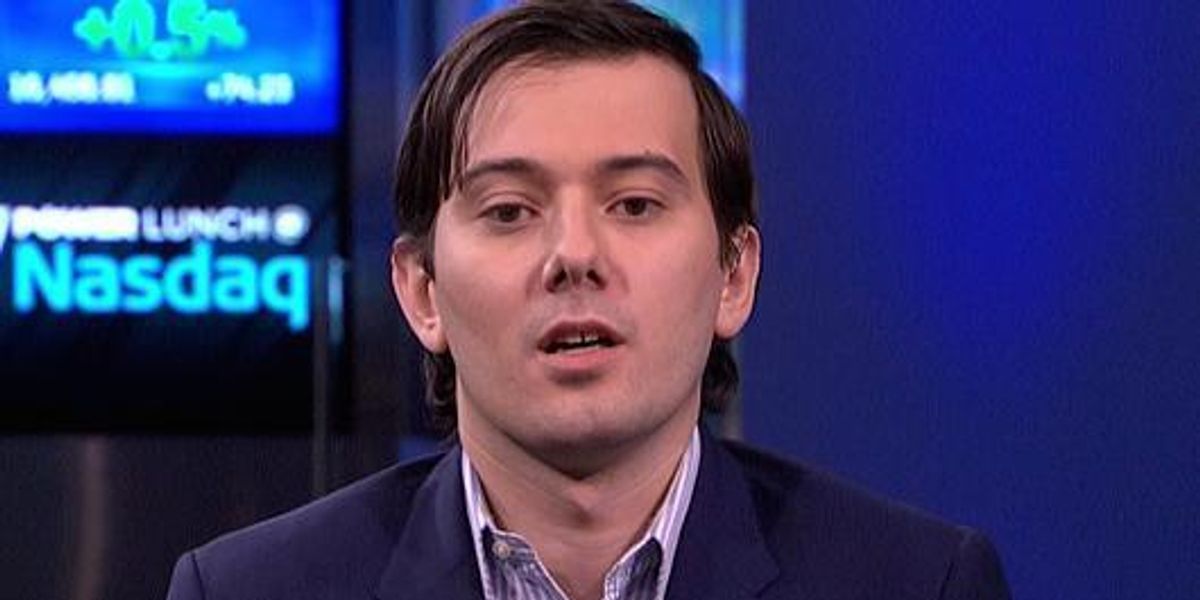 In the most unsurprising move of the new year, Martin Shkreli, best known for his efforts to overcharge for HIV medication and being an all-around dick, has been kicked off Twitter for harassment. He has reportedly been trying to contact journalist Lauren Duca via DM and not taking her abject ridicule as an answer.

The suspension began with a screenshot and a decisive "fuck no."

I would rather eat my own organs pic.twitter.com/IgeCRZqk8w
— Lauren Duca (@laurenduca) January 5, 2017

Shkreli quickly escalated to changing his Twitter bio to read he has "a small crush on @laurenduca" and tweeted that he had bought the domain marrymelauren.com. He also swapped his avatar and cover photos for grossly photoshopped collages, one featuring his face over Duca's husband's.

How is this allowed @jack pic.twitter.com/Wof8MlYHTL
— Lauren Duca (@laurenduca) January 8, 2017

His followers also began harassing Duca and posting photos of the two photoshopped together. Shkreli continued to leave provoking and offensive comments on Duca's posts. His account was finally shut down this afternoon after Duca took the issue straight to Twitter CEO Jack Dorsey.

Gizmodo reported that Shkreli was not remorseful for his actions when they spoke to him and was continuing to harass Duca over the Twitter-owned platform Periscope.

Duca told BuzzFeed "[Shkreli]'s an entitled creep and absolutely deserves to have his account suspended-perhaps indefinitely."