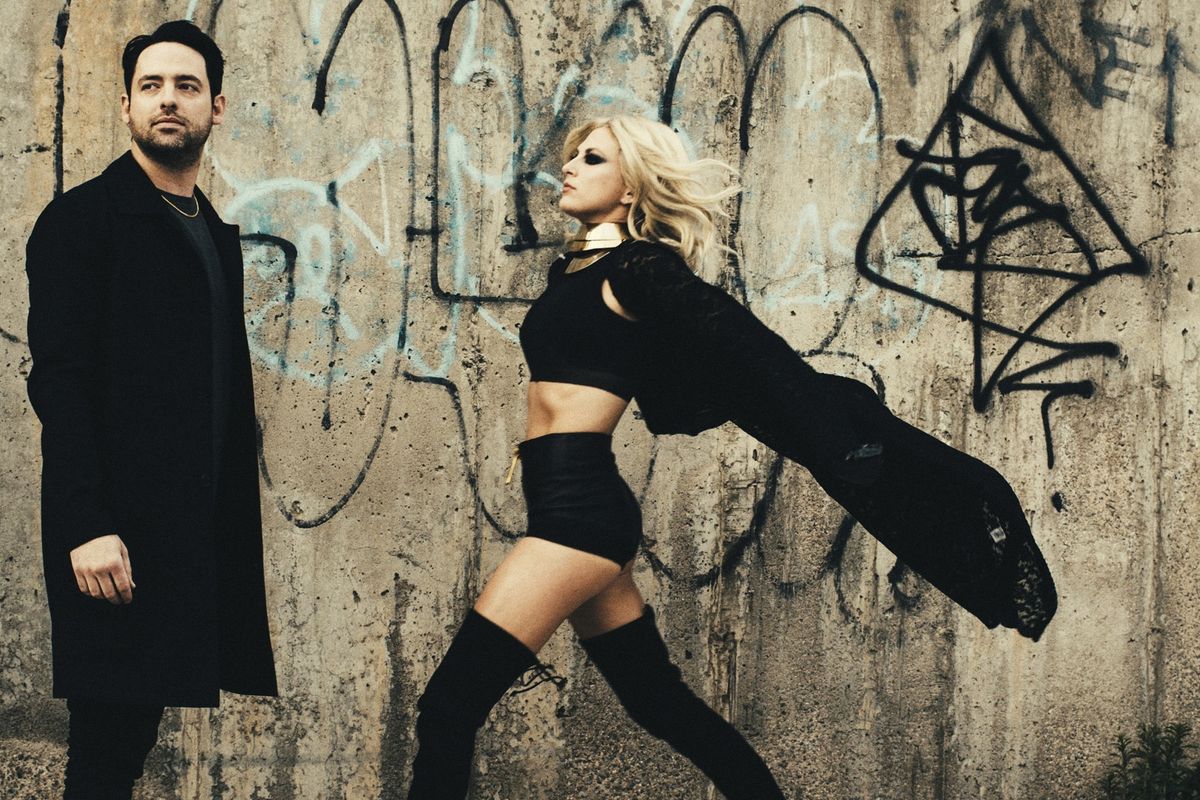 Earlier this year, Phantogram singer Sarah Barthel unexpectedly lost her sister while working on the band's upcoming LP, Three. Though the duo, also featuring producer Josh Carter, have always had a darker sound, the loss was impossible to separate from their music. "We had a tragic situation, " Barthel recently told PAPER. "Josh is like a brother to me and he lost a sister as well. We were holding hands going through the same thing. As much of a tragedy it all is, I think the best way to describe it is a beautiful car crash in a way. We were able to make a really powerful record with our situation."

Phantogram also used their upcoming record as a chance to experiment, working with collaborators for the first time, including Darby Cici from The Antlers.

(And take a look at the behind-the-scenes footage for Three's "You Don't Get Me High Anymore" below as well!)

How did you approach this record differently than your previous ones?

We did a lot more collaborating. We made the songs just really hit hard. It's a very heavy, dark album, much like our last record. It's definitely our most cohesive record. It's about heartbreak. It's tragic. You can definitely hear it in the lyrics, music and the emotion. We're really proud of it

What was the hardest song for you to write?

I would have to say a song called "Destroyer." But they're all really hard and cathartic. It was a way to release your feelings. I think the hardest song to listen to is "Barking Dog." It makes me cry every time I hear it. It's very emotional. It sums up everything, knowing what it's coming from and everything about what it means is tough. For me, personally, it's tough.

Who did you get to collaborate with on this record?

We collaborated with some musicians, Darby Cici from The Antlers, Matt Chamberlain, Dan Wilson and Ricky Reed. It was a really fun experience collaborating for the first time. We've always been one of those bands where no one is allowed to touch or hear it. We were just not interested. Then once we started collaborating with Big Boi from Outkast as Big Grams, it was our first collaboration, and we really enjoyed it. We decided to do it for Phantogram. It makes everything more exciting.

What were you guys listening to when you made this record?

A lot of hip-hop, for sure. Kendrick Lamar, Vince Staples, Schoolboy Q. I listened to a lot of Aaliyah, but it doesn't sound like I did. That was one of my go-to's for music at the time. Serge Gainsbourg is always a go-to for us. Slowdive, My Bloody Valentine, Prince and David Bowie. Their passing was a big hit for us because it happened right around my sister. In one of our songs we write about how all of our heroes are gone.

Why did you choose "You Don't Get Me High Anymore" as your first single?

It just came together so well and sounds like it should be a single: a good introduction to people who don't know us yet. It's got a cool pop aesthetic, but it's also Phantogram so we thought it would be good.

Tell me a little bit about the behind the scenes video for "You Don't Get Me High Anymore."

You'll see some of us getting ready, talking about the director Grant Singer and some of the production at Bombay Beach.