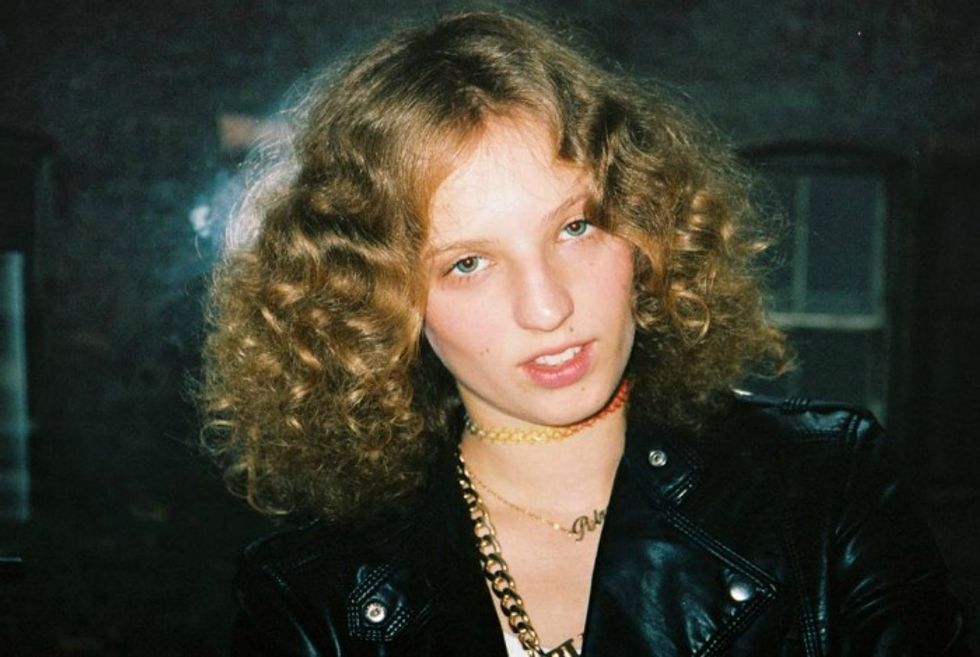 For third and final installment of her BB Dakota-sponsored "Making Space" series, Internet art darling and Rookie affiliate Petra Collins takes her directorial debut to the Southwest, where she meets three young women carving out places for themselves in the world of dance.

Collins explores how their craft has become a vehicle for fostering self-esteem and an acceptance of one's identity. Made in collaboration with her sister and soundtracked by Dev Hynes, the series is filled with tight shots and washed-out lighting and gives us a glimpse of what it's really like to be a teenage girl today.

We caught up with Collins ahead of the series' launch party at LA's MAMA Gallery to talk about the inspiration for her series, sisterly bonds and stereotyping, as well as what it was like to switch up her role behind the camera and even explore her own ties to dance. Paper is debuting the final installment of the Making Space series, which you can watch below.
Why take a roadtrip through the South and Southwest? What were you expecting to find there?
The South's always been somewhere I wanted to go and I've never been. I've traveled basically almost everywhere in the US, and it's always fascinated me, especially with politics. It's very opposite of what I'm used to. I'm from Canada, and it's just very liberal and chill there. And why did you choose to focus this entire series on dancers? I actually used to dance pretty hardcore. When I was around 16 I had a really bad accident with my knee and I had to get surgery and the doctors said I wouldn't be able to dance anymore, and that was just heartbreaking because that was something I wanted to do with my life. And my younger sister is a dancer, she's studying to be a dance teacher, so we wanted to revisit dance for this series, because it's something I loved and something she loves.
On that note, do you think traveling around with your sister helped flesh out the film's emphasis on female camaraderie?
Yeah, totally. I had my two best friends with me on the road too and it kind of just gave the interviews a more warm, personal feeling. How'd you find these girls? We actually found everyone from Instagram. And we kind of just looked for people who had the most interesting stories. One of the girls you interview says she's often told "You don't look like you would dance," as if a dancers look one way and only one way. That negativity of presumption was a moment in the film that really stuck out to me. Talk to me a little about how that kind of stereotyping has affected your work. I guess it's always sort of hard to be taken seriously as a young girl doing something...especially when you're working and trying to build a career for yourself because there isn't really a place for young women, or even women almost, in the professional world. So it was really hard for me in the beginning when I was like 16 or whatever, trying to get my work out there. And I guess, it's still sometimes hard, because the art world, or the world in general, is still a boys' club. Especially now that I'm moving to directing, which is a job where you really have to boss people around, sometimes it's hard to have people listen to you.
How different has film-making been from photography?
Oh my God, it's so different. Because with photography you have to say everything in that one image and that's it and that's the story and everyone can interpret it the way that they want. But with film you have to consider so many different things like sound and movement and time. So it's a totally different discipline, but I'm really trying to learn.
The film also mentions the Internet and its possibilities. How do you think being online has affected feminism in 2015?
For me it's a big part of how I got to where I am today. I think the Internet has been a really important platform in young girls and women's lives because it has the opportunity to create spaces for women, by women. The Internet creates the opportunity to make your own platform for yourself, instead of having to ask for permission or go through the system. Rookie is a really great example. It's such an amazing network for young women's success and like a bigger...I don't like the word 'army,' but...you know, you can connect with other people from around the world.
Like a support system.
Totally.
You May Also Like
Music