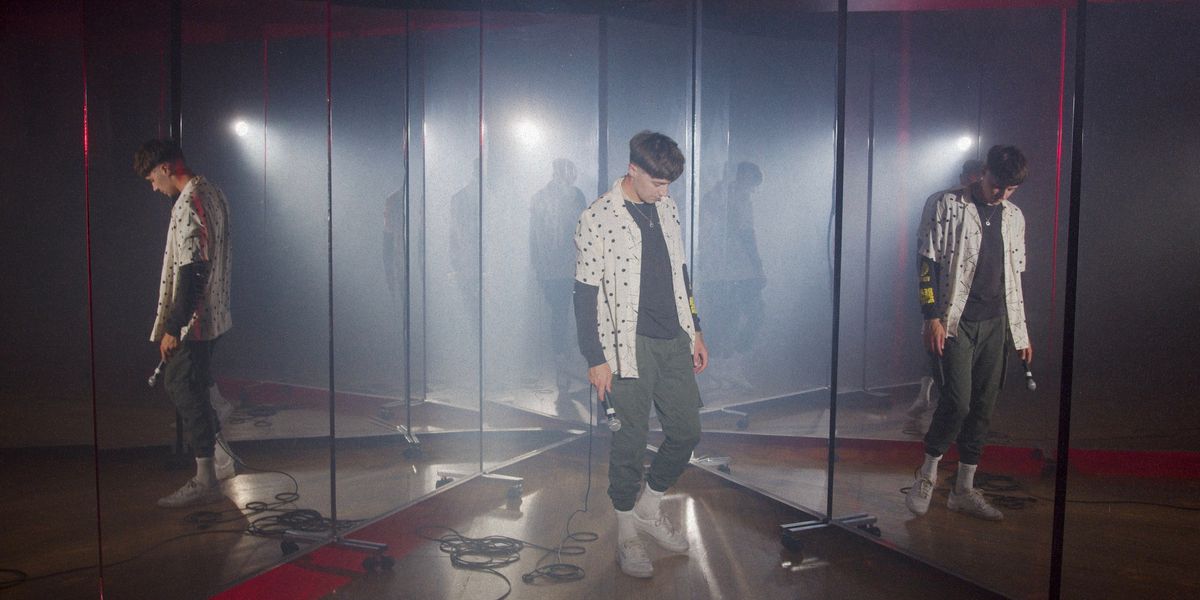 After releasing his 2020 Attachment EP, which featured a perfect Carly Rae Jepsen cover of "Run Away With Me," Peter Thomas is back today with "No One."

The gnash-assisted single is described as one of Thomas' "most ambitious songs" off his forthcoming project. "I wanted it to be big, urgent, even a little messy," the LA musician says. "It's the feeling we have when we first connect with someone and the chemical response is overwhelming."

"We got it good, even the bad nights," Thomas sings, as the track builds into pop euphoria — the type of blinded love song that willfully disregards any pain at the end of an affair. "These are the-best-I-ever-had nights/ If it ain't you, it never would feel right."

Thomas recognizes the lovestruck point-of-view from which "No One" is written. "For a moment, we actually believe that no one else could love anything the way that we love this new person," he says of its lyrics.

The Joe Desantis-directed music video, out today, is an extension of this mindset, featuring Thomas singing alone and surrounded by mirrors. It feels like a dream sequence and a display of absolute confidence, which echoes the chorus: "No one's gonna hold you," he promises. "Know you like I know you/ You might find another one who says that he does/ But no one's gonna love you like me."

Thomas adds that "the night this idea started I was driving home from the studio thinking, 'This has to be the first song on whatever comes next.' I played an early version for Joe, the director, and we started brainstorming video ideas on the spot. He found this incredible ballroom-type space a few hours outside Los Angeles and we shot through the night. I'm so glad this song and video are finally out in the world."

Watch Peter Thomas' "No One" music video, featuring gnash, and stream the track, below.