Peter Davis' Status Update: Is She Really Going Out with Him? 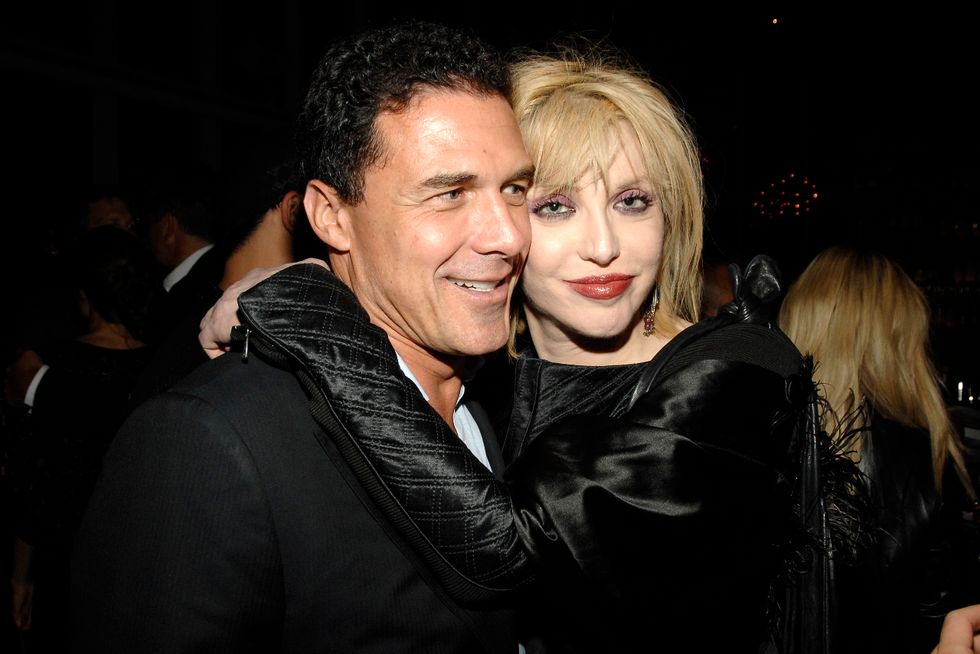 Over the weekend, a rumor caught fire that handsome 52-year-old hotelier Andre Balazs (of The Standard, Chateau Marmont and The Mercer fame) is dating 45-year-old Courtney Love, who happens to release her much-delayed Hole album Nobody's Daughter, tomorrow. Last year, Love was staying chez Chateau in L.A. for four months and is now ensconced at The Mercer as she is playing two Hole concerts at Terminal 5 this week in New York. London's Daily Mail claims it received an email in which Love says of Balazs: "I'm in lurve. It's nice. Scary. I'm a great catch and he can be a bad boy but he loves me." Balazs likes tall, very famous blonde women. In 2006, he broke up with Uma Thurman after a much-publicized two-year romance. Andre and Courtney: True Love? Stay tuned...