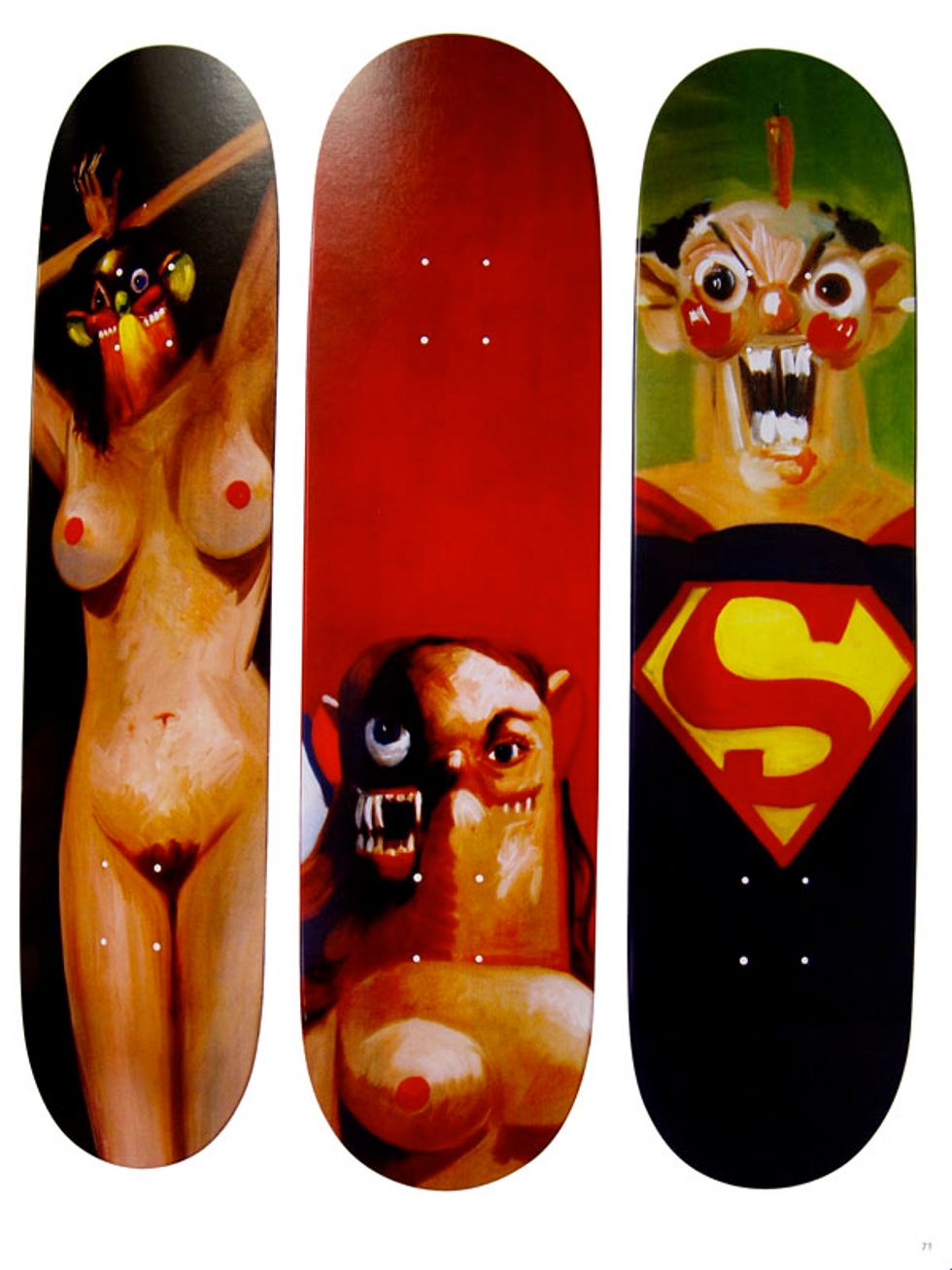 My favorite clothing/everything label is Supreme. The skateboard mecca regularly provokes mass madness by releasing limited edition artist skate decks, knives and nun-chucks, and graphic tees. In the past, artists like Larry Clark, Damien Hirst and Marilyn Minter have designed skate decks for Supreme, and next up is George Condo (who was also the inspiration for designer Adam Kimmel's masked models fashion show in Paris). These decks will be gone faster than you can tweet about them, so prepare to get in line very early the day they are released (the Supreme folks are being super-secretive about the release-date). Meanwhile, Rizzoli is releasing a must-own book about the history of Supreme this month.

The 10 Most Absurd Accessories From Supreme's New Collection