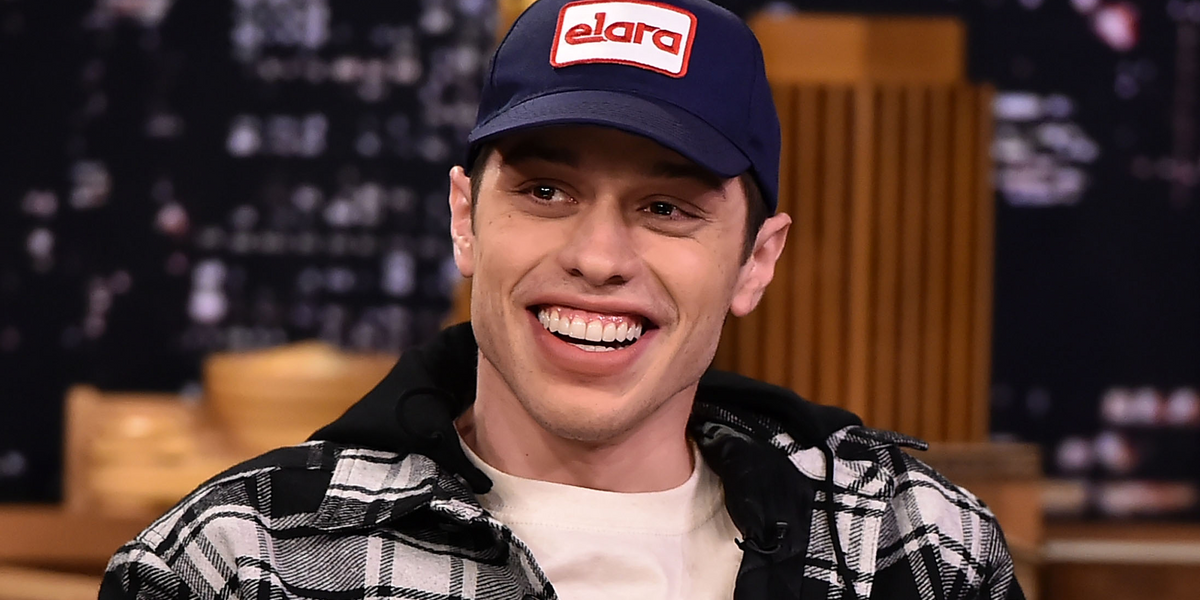 The past couple of hours have been pretty intense for Saturday Night Live cast member Pete Davidson, and those who love and care deeply for him. After voicing out his support for Kanye West in the rapper's back-and-forth with his ex-fiancée singer Ariana Grande, the comedian posted an alarmingly suicidal message on Instagram.

The note read, "I really don't want to be on this earth anymore. I'm doing my best to stay here for you but I actually don't know how much longer I can last. All I've ever tried to do was help people. Just remember I told you so."

He has since deleted his Instagram account, and friends like actor Jon Cryer have tried to reach out, but it seems like Davidson has turned off his cell. Other celebrities like Jada Pinkett Smith have also sent supportive messages to try and help the comedian, and let him know he is loved. His friend Machine Gun Kelly has also flown to New York to make sure all is well with Pete.

I just tried to text and call him, his phone is not on or out of cell coverage.

Pete Davidson ... hang in there. There is a lot of help out here. Surrender to some love some where around you ... today! Right now! And then ... let in the help that will become available. I’m praying for you Pete. I’ve been there. It gets better.

im in the plane now on the way to see Pete. gonna make sure he’s good, i promise. can’t have my boy in the darkness like that.

As of around noon today, TMZ has also reported that Ari went to 30 Rock to see if she could speak with Pete. In a since-deleted tweet she said, "I'm downstairs and I'm not going anywhere if you need anyone or anything. I know u have everyone u need and that's not me, but i'm here too."

Jon Cryer has also confirmed as of 2:21 PM today that Pete is safe and sound at the SNL studio.

Am hearing Pete Davidson is at SNL and accounted for.

We are thinking of you, Pete.

(And just a heads up, when you finally turn on your cell, it’s gonna go apeshit for a little while) https://t.co/erUaTcPSdw

This all went down shortly after Pete reacted against Ariana's tweet, which jokingly dissed Kanye West for arguing with Drake online. Kanye responded, saying that he was voicing out his anger online because it has been putting a toll on his mental health, and that Ari was doing this merely to promote her new songs. Afterwards, she apologized to Kanye if her commentary was "triggering." (Most of the exchange has since been deleted on Twitter.)

I know Ariana said this to be cool and didn’t mean no harm but I don’t like even slightest level of slight commentary from someone I know loves and respects me pic.twitter.com/T9VXaIj9MX

Pete jumped in to support Kanye, saying, "Bravo Kanye West for standing up for yourself and speaking out against mental health. I can't explain to you enough how difficult and scary it is to be honest about stuff like this." He continued, "We need people like Kanye. No one should ever point fingers at you for your bravery in speaking about mental health. I'm seriously disgusted."

Nicki Minaj has also weighed in on this conversation, tweeting, "God bless Kanye & Pete. Being flippant about mental illness speaks more about you than them. Stop saying the word love & live it. Love is an action." Still, she made clear that this is no diss on Ari, later tweeting, "Ariana is my sister, y'all can't & won't come between us. Go awf"

We can be so insensitive. God bless Kanye & Pete. Being flippant about mental illness speaks more about you than them. Stop saying the word love & live it. Love is an action.

Ariana is my sister, y’all can’t & wont come between us. Go awf

In any case, all that matters is that Pete Davison is safe, both physically and mentally. We hope you're okay, Pete!