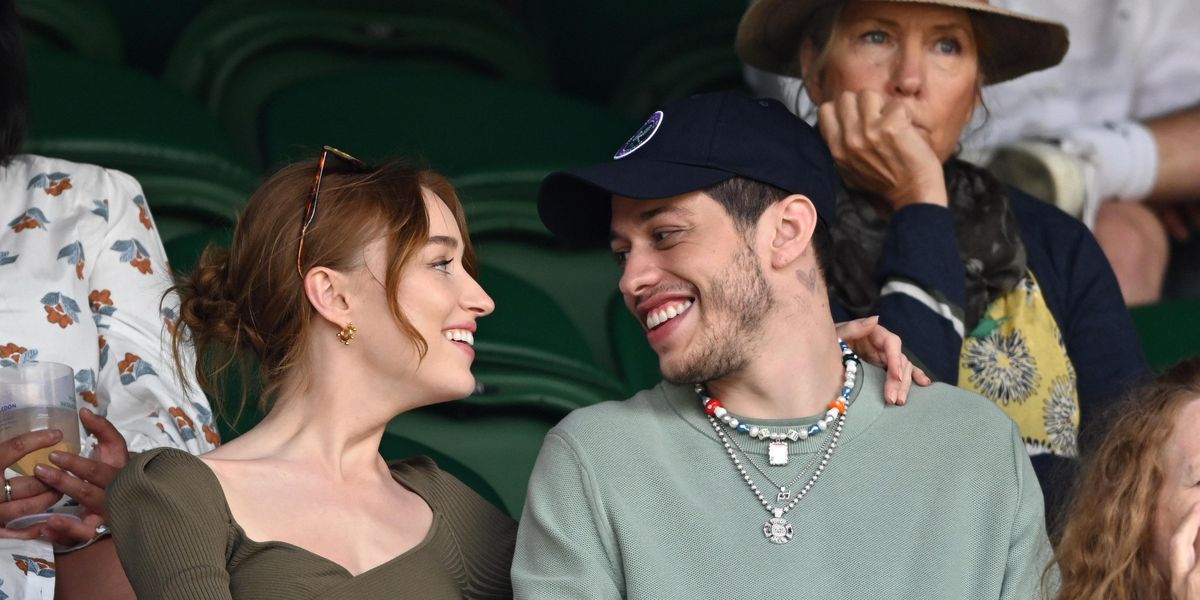 Pete Davidson and Phoebe Dynevor Are Reportedly Over

British tabloid The Sun is saying that the couple have called it quits after five months of long distance. Despite the fact Dynevor is British and Davidson a born-and-bred New Yorker, they were frequently papped together trying to make things work, including at Wimbledon in July.

"Their mates think they make a great couple, but the distance has made it completely unworkable," a source reveals. "They had fun and will remain close, but unless something drastic changes, their relationship won't recover."

The relationship was fun while it lasted. There were matching "P" necklaces, and Davidson revealing in an interview that he was dating his "celebrity crush." But it sounds like an ocean got in the way, especially as the careers of both performers are currently heating up. Davidson is even rumored to be moving on from SNL next season due to film projects.

However his schedule looks, history does tell us that Davidson might not be single for long. He has been linked to a long line of starlets, from Cazzie David, to Ariana Grande, to Kaia Gerber, to Margaret Qualley. And also Kate Beckinsale, who was our favorite by far.