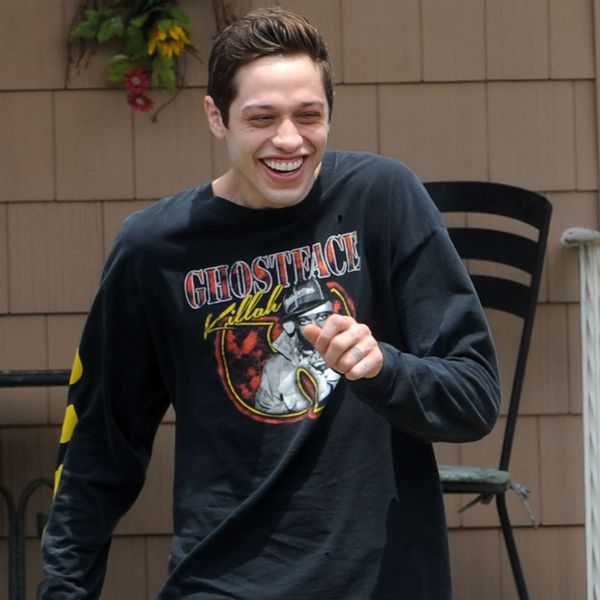 Pete Davidson! The man has taste. He's been romantically linked to Cazzie David, a pop star whose name I forget, Kate Beckinsale, and now... PAPER-approved Tarantino cool girl Margaret Qualley. Daughter of Andie MacDowell, former ballet dancer, star of Once Upon a Time in Hollywood, Fosse/Verdon, and The Leftovers.

US Weekly broke the story, and according to their source Pete and Margaret have "been seeing each other for a couple of months." Margaret "is really excited about him." Hopefully he's excited about her, too, because Qualley's star is on the rise. She's set to lead the big screen adaptation of blockbuster book My Salinger Year in 2020, and she and Davidson will likely make their public debut at the Venice Film Festival, where her latest flick Seberg will premiere later this week.

Davidson, who technically lives in his mom's basement, has plenty of projects of his own. His autobiographical movie with Judd Apatow is currently in post production, and he'll presumably return for the 45th season of Saturday Night Live next month.

Will Davidson and Qualley wear matching Hogwarts robes on Instagram? Here's hoping. You can read our profile of Pete's new girlfriend here.