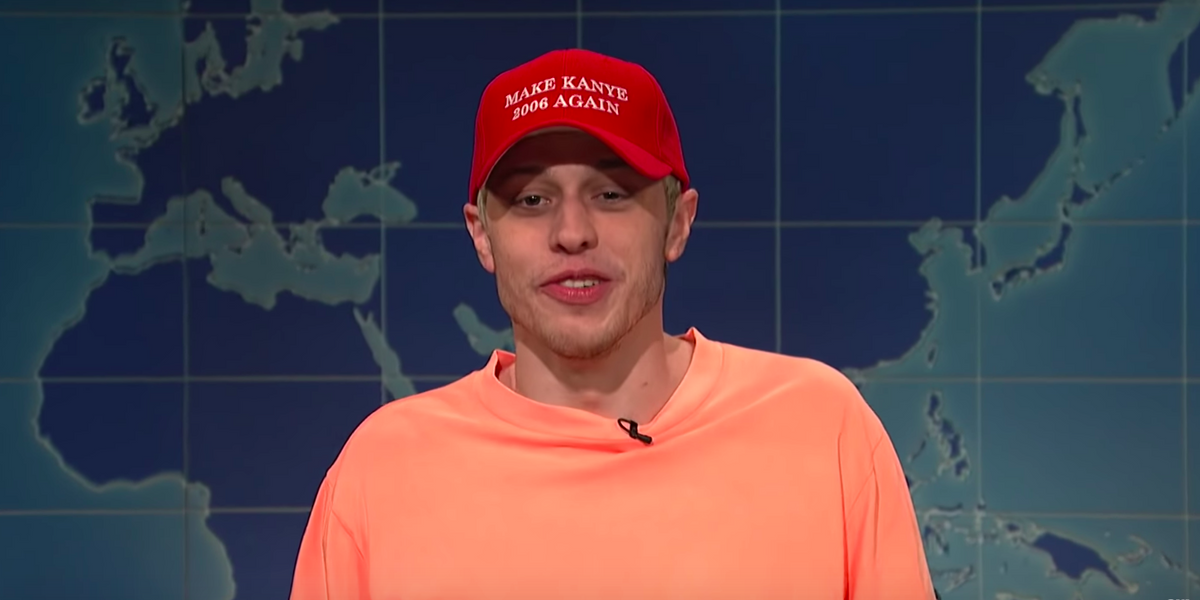 Last week, in one of the most awkward moments in Saturday Night Live history, Kanye West went on a pro-Trump rant as the show credits rolled. Now, Pete Davidson had some things to say about the events that transpired that night. In the latest episode of SNL, the comedian was a guest at Colin Jost and Michael Che's "Weekend Update" sketch to give his take on Ye's unexpected speech.

"First off, a lot of people thought Che should be the one to talk about Kanye, but we discussed it," Davidson said. "Because Che's black, but, like, I'm crazy. And we both know which side of Kanye is at the wheel right now." He then continued to say that he was strictly speaking for himself for this segment. He then showed a closeup of what the cast members looked like while standing behind Kanye during his rant.

Davidson had his head down when he began to realize what was happening. And then, afterwards, he left the stage. "I'm like, 'I want a career!' So I leave," he explained.

The comedian also cleared things up about Kanye's claims that he had been bullied, and told not to wear his MAGA hat on the show. He said that no one had actually told Ye to stop wearing the cap, and that he had been wearing it all week at rehearsals.

He then advised that the rapper take medication for his mental illness, saying, "There's no shame in the medicine game. I'm on them. It's great." He continued, "Being mentally ill is not an excuse to act like a jackass." And when Jost asked Davidson what Kanye could do to win him back, he answered, "I'll tell you in a way Kanye understands." He then brought out a custom red cap—a parody of the MAGA hat—which read, "Make Kanye 2006 Again."

He ended, of course, asking the question still on everyone's minds, "Where's that album?"