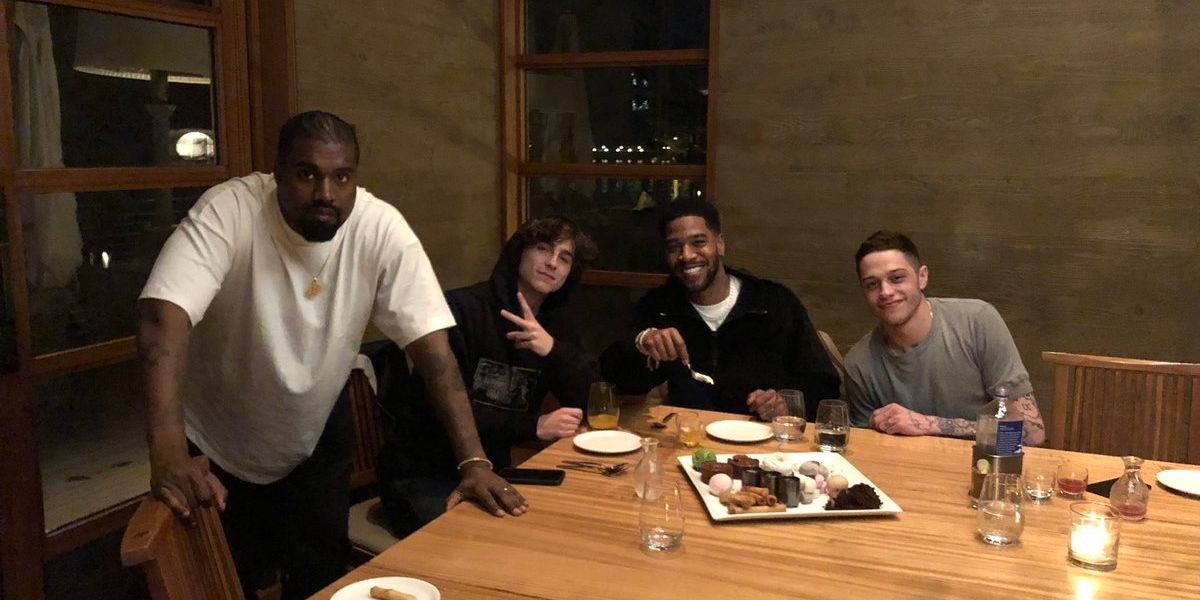 Someone Please Tell Kanye About Venmo

From afar, the evening looked like an at least moderate amount of fun. Unfortunately, Davidson just revealed in a Vanity Fair interview that, in the grand tradition of group birthday dinners, there was a small issue with the check.

"[Kanye] kept ordering the whole entire time and I didn't know he was coming and I already put my card down to pay because I thought it would be just me and Cudi," Davidson recalled. "Chalamet showed up and then Kanye showed up and I was like 'Oh, fuck,' and then I had to book two more gigs in Ohio."

Even worse, Kanye apparently sampled most of the Nobu menu:

"He's an order the fucking everything because I can and then we all have one bite, maybe [kind of] guy."

Horrifying. So who should have picked up the bill? Definitely not Cudi — you don't pay on your birthday. Yet also definitely not Davidson, a gigging stand up comedian who recently spent his life savings on an engagement ring for Ariana Grande that's currently going unworn. This leaves us with Chalamet, who we know flies coach so likely doesn't have a heap of cash to splash, and West, who has experienced financial trouble in the past but is also married to a Kardashian.

Honestly, splitting it would have been the most fair way to deal with the situation. Do celebrities not use Venmo? Is there not some kind of Raya Venmo equivalent? Silicon Valley, please. Help Davidson out.