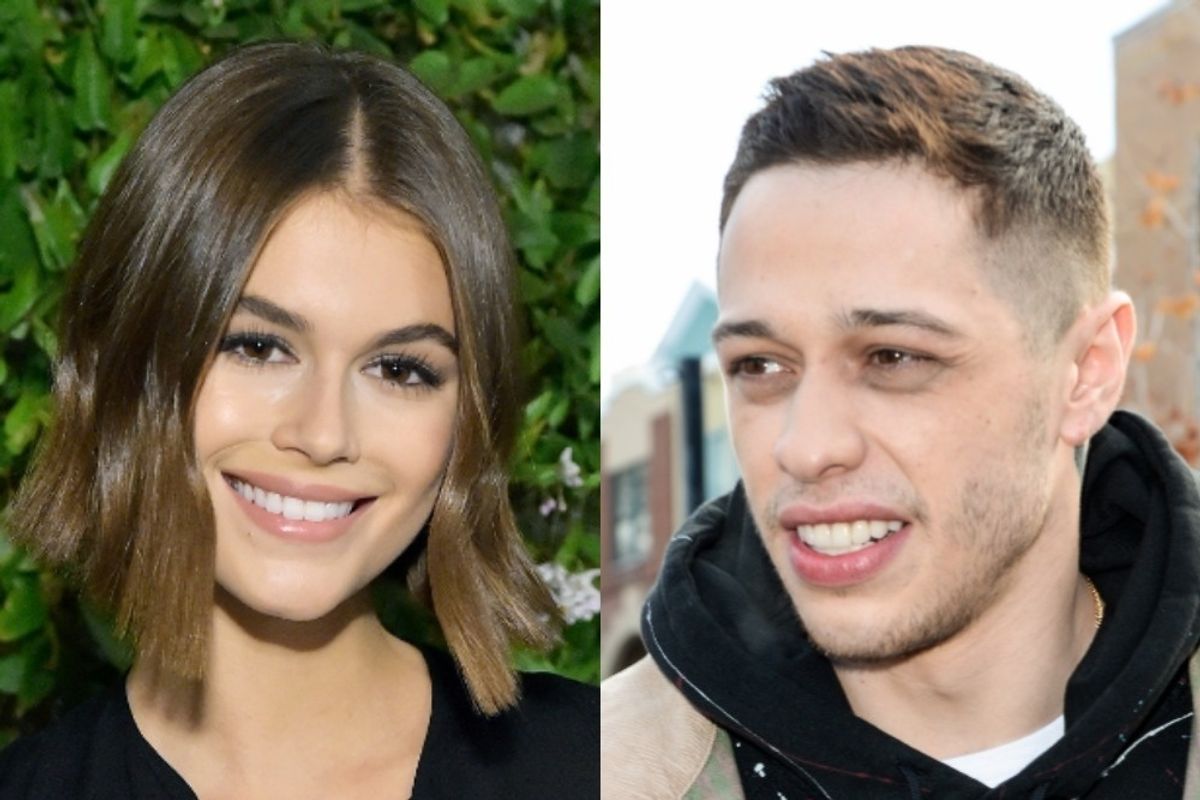 There's only one New York date spot that matters, and that's upstate. Beacon, Ithaca, Hudson, whatever! As long as there's an antiques store on Main Street and the fall leaves are brown, you're good. Which is why Pete Davidson and Kaia Gerber's recent sojourn to Hillsdale is huge news: a romantic trip out of the city definitively means they're more than "just friends."

Gerber and Davidson were photographed holding hands and strolling through the small town scenery yesterday, accompanied by some guy in a Kid Cudi tee. Page Six reports they went to a super market; Davidson sports his signature cheeky boi grin in the pics.

This is one of many public outings the duo has taken together over the past month, after Davidson reportedly split with actress Margaret Qualley in October. Davidson was seen leaving Gerber's apartment that same month, then they were spotted eating lunch together at Sadelle's. They were seen getting close once more at Nobu (Davidson's favorite A-list restaurant) in Malibu in early November. SNL is currently in full swing, so for Pete to fly over east just to dine with Gerber definitely felt like a romantic gesture.

Those close to the model and comic have long maintained they're platonic, but that's changed recently. "Kaia and Pete are definitely in a romantic relationship," said an E! source earlier this week. "They have been friends for a while now and run in the same friend circle, but became romantic recently. They started hanging out alone more often after meeting up in NYC in October. Kaia expressed she loved Pete's personality. She thinks he is charming and is very intrigued."

Oh, and Kaia recently wore a "P" necklace on the red carpet. We know for a fact that Pete loves to give women jewelry. What more proof do you need?