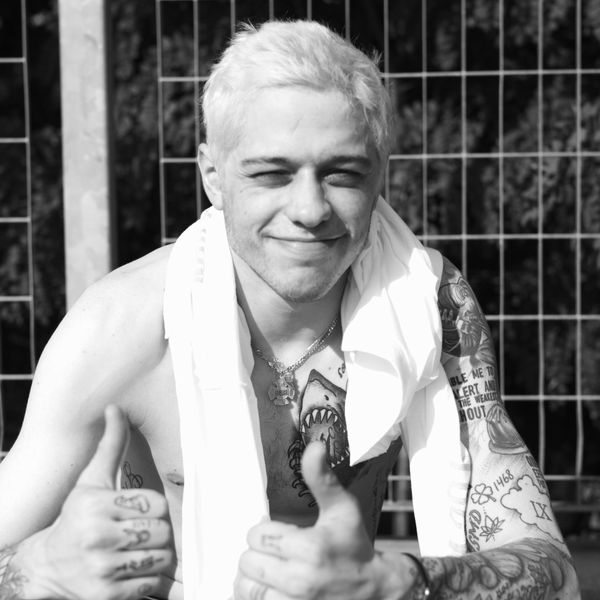 The nation has yet to recover from the roiling trauma that is the Pete Davidson-Ariana Grande breakup. The dissolution of their engagement has surely hit the stars hard, though it might be hitting the public harder. Grande even quit social media to (understandably) avoid seeing posts and memes about her own breakup.

But if you were worried about Davidson, don't be! Apparently, he is "doing fine."

Through an anonymous source, E! reports that, Davidson "has a strong support system of family and friends around him that are keeping him laughing." Though he is technically homeless — he recently moved out of Grande's $16 million Chelsea apartment, and is now staying with family in New York. Fans even briefly set up a joke GoFundMe for Davidson's living costs (it was quickly shut down). Grande has retained custody of their pet pig, "Breathin'" video star Piggy Smalls.

The source added that Davidson still cares for Ari, and was thrilled that she got to star in the NBC's upcoming special for the 15th anniversary of Wicked, her favorite musical. "While Pete's focusing on himself, he always wishes the best for Ari," the source said. Us too, man.