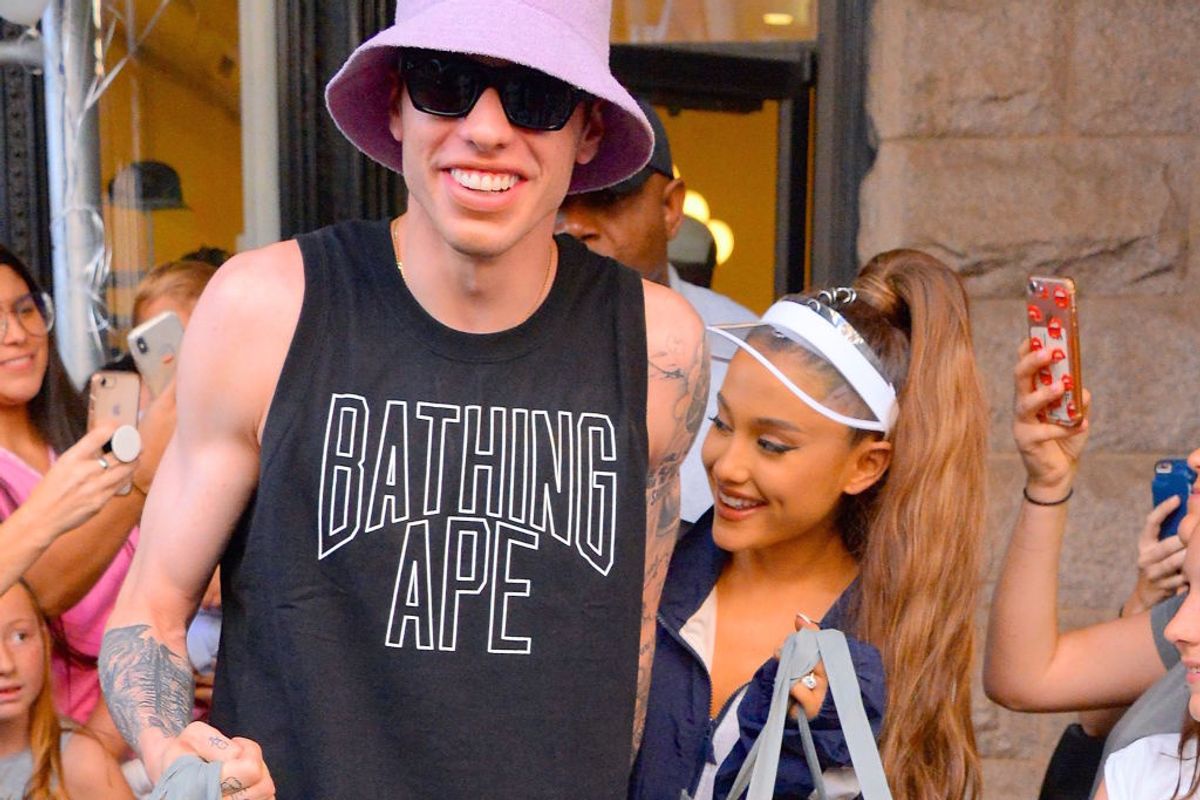 Pete Davidson gifted Ariana Grande a trinket—more precious than diamonds—to match the "8418" tattoo on her foot: his late father, firefighter Steve Davidson's badge in the form of a pendant. The comedian's father was one of the brave firefighters who lost their lives in 2001 from the 9/11 attack on the World Trade Center.

Pete posted the photo of Ari wearing her new necklace on Saturday, with a caption of a series of emojis—the couple's favorite way of communicating feelings through social media.

This sweet gesture, however, wasn't appreciated by one commenter who said, "No girl should ever wear your dads chain. So disrespectful." To which Pete had responded, "@ej81842 for ur information that's not just some girl. that's my fiancé. she's the greatest person i know. i gave it to her because she has my heart and that is the most precious thing i own. my dad would be so happy and love her so much."

After breaking up with their respective S.O.s, the couple made their relationship Instagram official back in May, and got engaged a month later, with Pete confirming on The Tonight Show with Jimmy Fallon. Since then, the couple's moved in together in an apartment in New York (as seen in the couple's many Insta Stories), and have been inseparable since.

No details regarding their wedding have been revealed just yet, but we're all waiting!