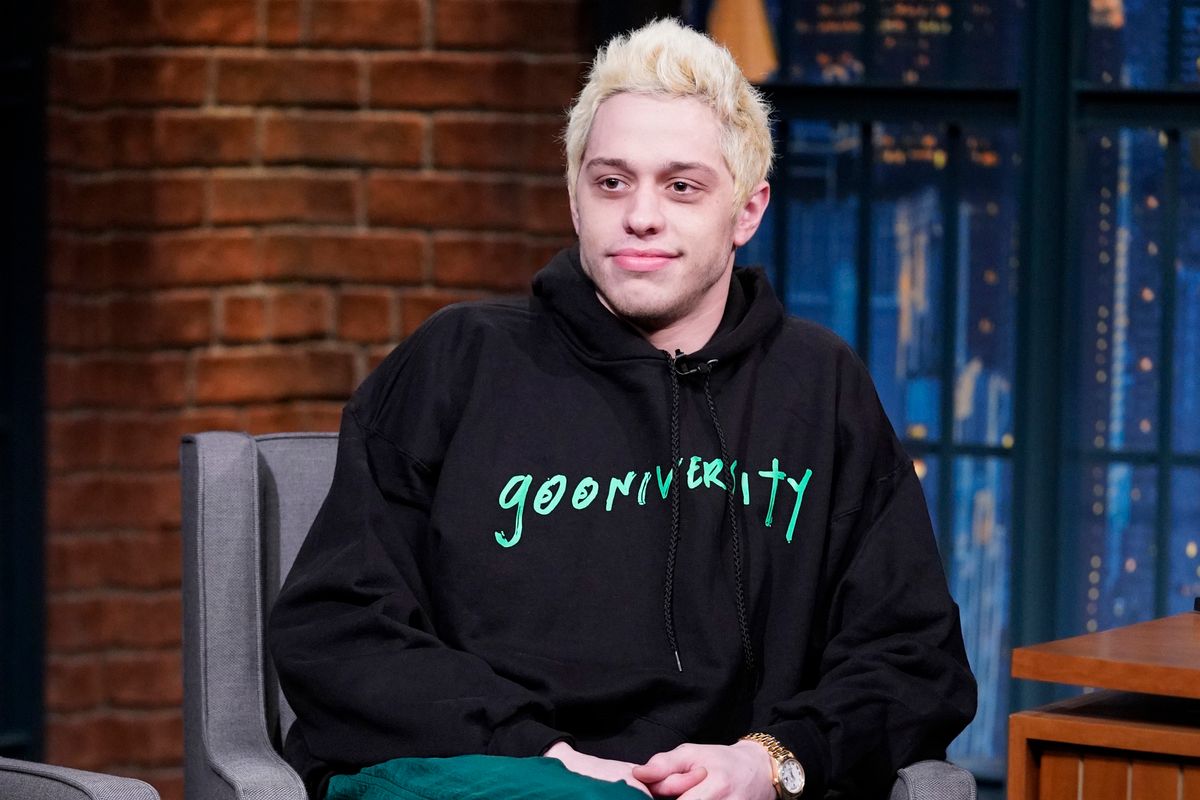 Pop culture hooligan, dirt-core style icon, ex-boyfriend of a pop star, weirdly good comedian, mental health spokesperson, feminist truth teller: Pete Davidson wears many hats. He was bestowed with that last one on Saturday night, after the latest edition of SNL's most successful current segment, which is neither Weekend Update or the musical acts, but rather "Who Is Pete Davidson Making Out With In Public RN????"

The 25-year-old — who is currently dating and occasionally making out in public with 45-year-old actress Kate Beckinsale while making Queer Eye-cast members nervous — was asked to discuss his new relationship on Weekend Update. He took the opportunity to call bullshit on the sexist double standard of our discomfort with older women dating younger men.

"Oh yeah, apparently people have a crazy fascination with our age difference. But it doesn't really bother us," Davidson said, grinning after being prompted by Colin Jost.

Related | Ariana Grande Is The Most Chill Ex-Girlfriend Ever

It's an effective show-not-tell approach to discussing the epidemic of morally dubious older men dating literal teenagers. This reality is gross and dumb, and our apathy about it is far from unrelated to our longstanding apathy about behavior of people like R. Kelly (remember that Woody Allen began dating Soon-Yi Previn when she was 19 and he was 56), as well as the devaluation of older women in our culture.

Bravo, Pete! I whole-heartedly believe he deserves at least 20 good-boy points for addressing the issue and we must do away with this double standard. That said, just because we need to be calling out Leo and Sean and George's age-imbalanced trysts, doesn't that mean Kate dating a manchild comedian with multiple Harry Potter tattoos isn't still probably a bad idea for everyone involved. I said it!

Nonetheless, please treat yourself to Pete recounting the expansive list of creepy womanizers: