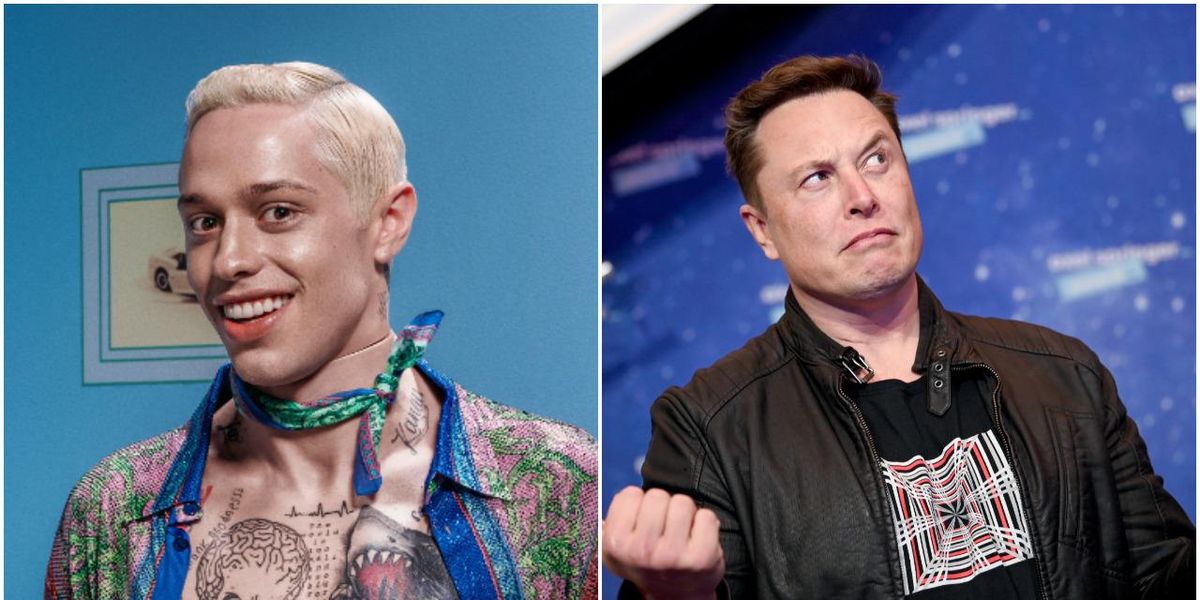 Pete Davidson apparently has no problem with Elon Musk appearing on this weekend's episode of SNL.

Unlike his fellow cast members (and the internet-at-large), Davidson is more than happy to have the "Technoking of Tesla" as a guest. In fact, he thinks that Musk is an all-around cool guy and even went so far as to say he would "a hundred thousand percent" get stoned with him.

In a new interview on Late Night With Seth Meyers, the comedian defended Musk's hosting gig by expressing confusion about "why people are freaking out."

"People are like, 'I can't believe Elon Musk is hosting,'" Davidson said. "You mean the guy that makes the Earth better and makes cool things and sends people to Mars?"

Last week, SNL's casting announcement was met with a mixture of jokes and online scrutiny thanks to Musk's long list of past controversies, including (but not limited to) his Tesla union-busting activities and minimization of the pandemic. The hosting gig also drew the ire of cast members Bowen Yang, Aidy Bryant and Andrew Dismukes, who all shaded Musk's upcoming appearance.

Even so, Davidson says he's still "really excited" to meet the multibillionaire at dinner tonight and is even planning to "ask him for a Tesla," which is probably a pretty good way to curry favor with one of the show's biggest stars.

Watch Davidson's interview for yourself, below.