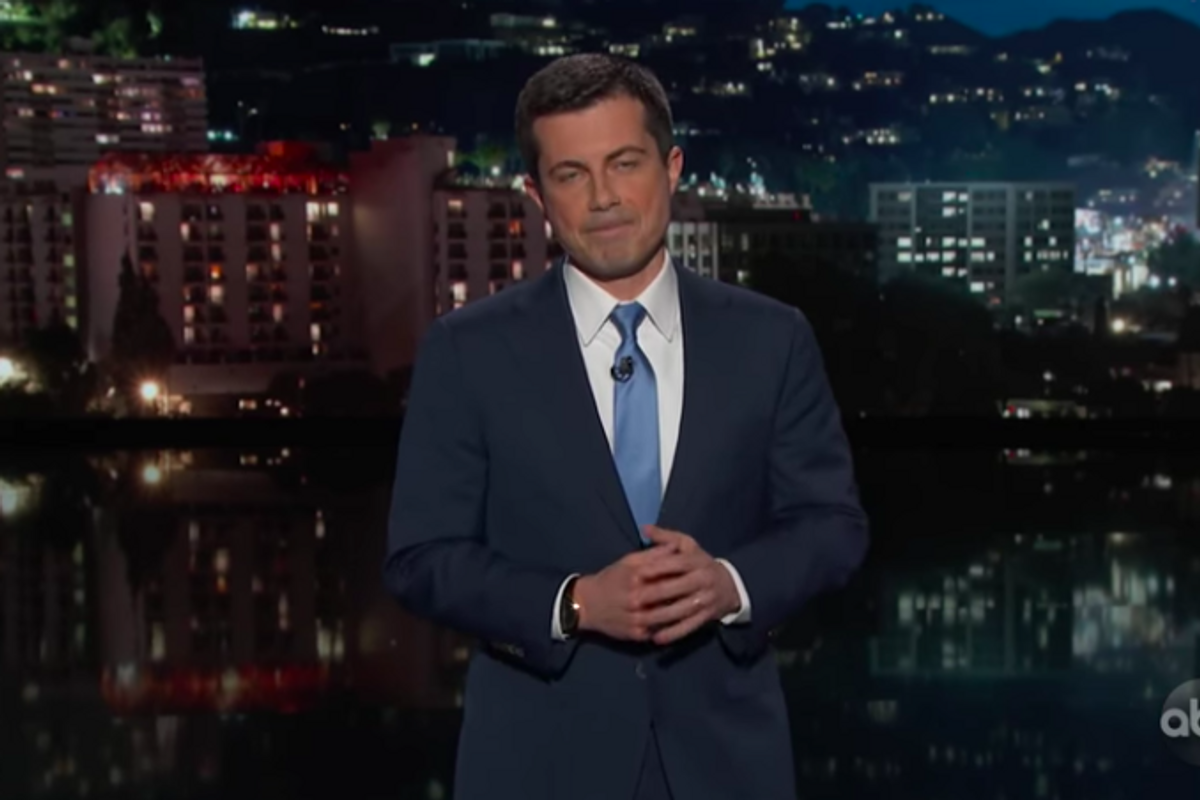 Pete Buttigieg is off the ballot, but not your Twitter feed. After dropping out of the Democratic primary, the 38-year-old South Bend Mayor is riding his unexpected (early) competitiveness in the race as far as it'll take him in the public eye. He's an ambitious guy. That's kind of his whole thing.

The politician's dropout publicity campaign includes both stumping for his former foe (who ran attack ads against him, and who Buttigieg himself was fond of calling out of touch) Joe Biden, and late night TV appearances. Buttigieg guest-hosted Jimmy Kimmel! Live last night to an empty audience, excluding his husband Chasten and some brave Kimmel employees decked out in shelved Pete 2020 merch (a prop for a joke later in the night).

Related | Every Celebrity Endorsement in the 2020 Primary

He played it safe, with a monologue focused on dragging the Trump administration's response to the coronavirus pandemic, and his post-campaign plans. Mayor Pete urged people to make their voices heard to representatives, asking them to pressure congress and the White House to pass the multi-billion dollar COVID-19 aid bill that would go towards affordable testing, food and paid time off for people whose lives are being disrupted by the virus.

Then came the "now I'm unemployed" bit, with a few gay jokes sprinkled in. He got a standing ovation (of about 12 people) when he announced he's the first gay person ever to win a presidential primary, and another, after adding that he's also the first gay man in 30 years to wear pleated pants. He had a good one about Sarah Palin's Masked Singer performance of "Baby Got Back:" "That'll be me in three months, won't it?" The most in-depth piece was a long tedious stunt in which Buttieig applied for service industry jobs like a pizza place or a pretzel shop, failing all the street smart questions. We get it! You went to Harvard!