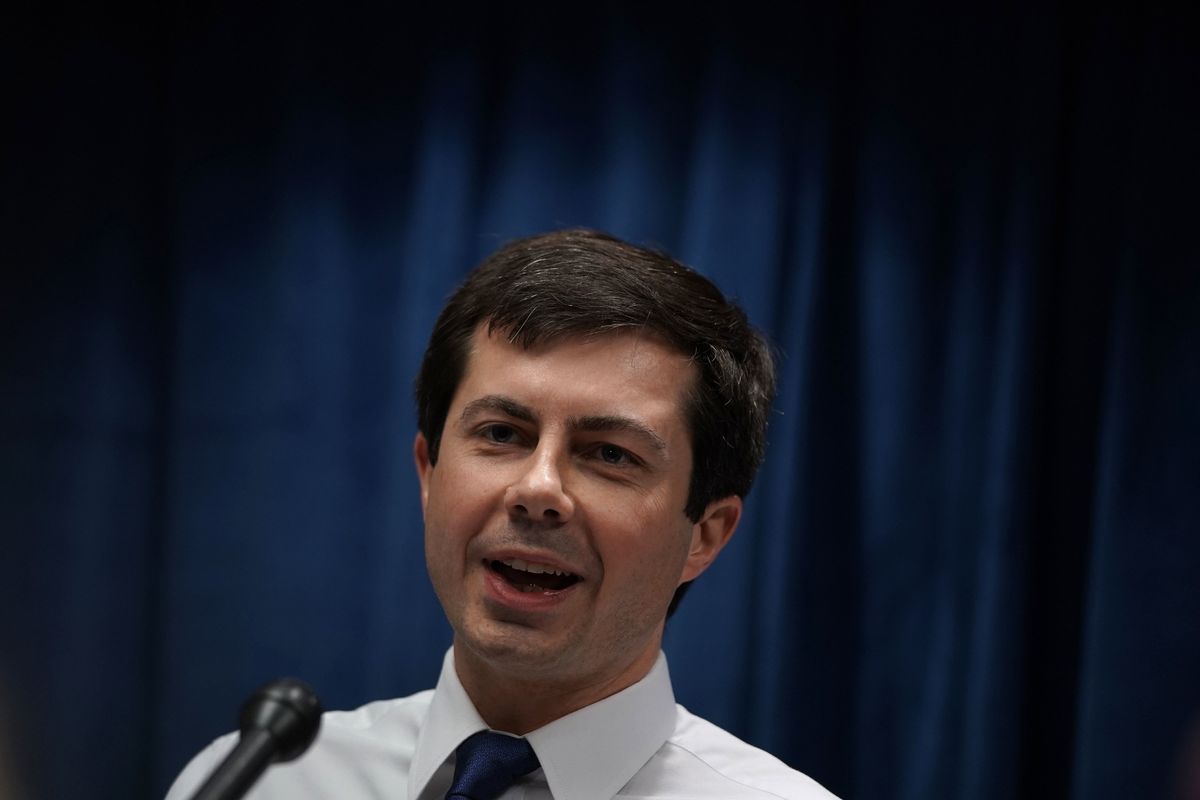 "The reality is there's no going back, and there's no such thing as 'again' in the real world. We can't look for greatness in the past," says South Bend Mayor Pete Buttigeig in a video declaring his intention to run for president in 2020. "Right now our country needs a fresh start."

The Indiana Mayor may be a relatively unknown name in a steadily growing field of Democratic hopefuls, that already include the likes of Kamala Harris, Kirsten Gillibrand, Elizabeth Warren, and Julian Castro, but don't count him out just yet. In addition to being a Harvard and Oxford grad, a Rhodes Scholar, and one of the youngest mayors of a city over 100,000 in the United States, Buttigeig is also openly gay having come out in a local newspaper column during his re-election campaign in 2015. If chosen as the Democratic nominee, Buttigeig would make history as the first openly LGBT+ candidate of any major party.

Vocal critic of then-Governor Mike Pence's Religious Freedom Restoration Act, a law that opened the door for legal LGBTQ+ discrimination under the guise of protecting First Amendment freedom of religion rights, Buttigeig has become a rapidly rising star on the national stage. Named by former President Barack Obama as a potential future leader of the Democratic party, Buttigeig is hoping to use his outsider status as a way to connect to younger voters and mobilize the many groups that have been marginalized under the Trump regime in his path to the White House.