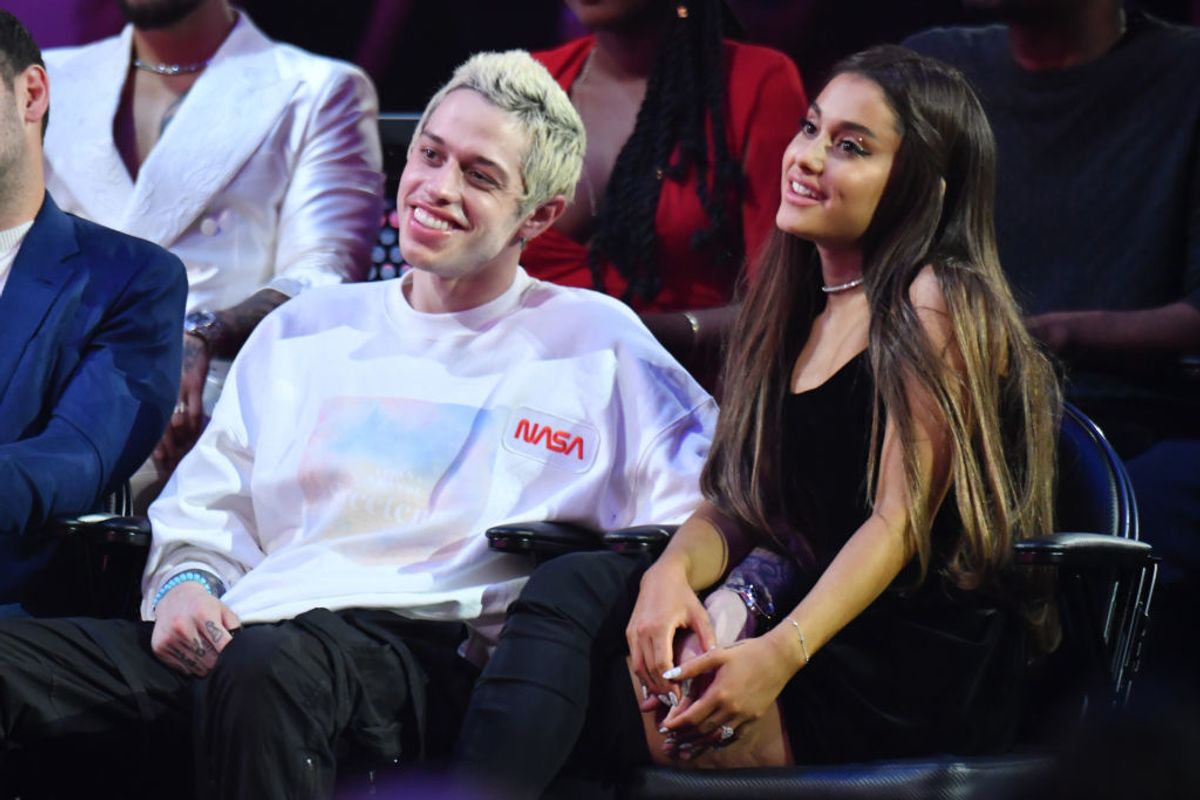 Over summer, Pete Davidson and Ariana Grande's whirlwind engagement captivated the nation. They wore Harry Potter costumes together, moved into a $15 million Chelsea apartment together, got tattooed together, adopted a pet pig together, and wore oversized hoodies together. Sweetener scaled the charts. It was, to quote Davidson, "lit."

We all ignored the inevitable: a nasty break up, the likes of which Pete would actually predict on an episode of SNL only days before it occurred. Ariana and Pete have since called things off. The $90,000 engagement ring has been returned. Tattoos have been covered up. And while things seemed amicable at first, I regret to inform you that the sub-tweeting phase of the relationship has officially begun.

Last night, SNL released a promo for this weekend's upcoming episode, which, as a side note, will be hosted by fashion and comedy icon Jonah Hill. The musical guest is Maggie Rogers, and as a reference to his ongoing presence in the gossip columns Davidson is seen jokingly proposing to her on camera immediately after introducing himself.

Unfortunately, Ariana didn't think the (admittedly kind of obvious?) joke was funny. In a series of quickly-deleted tweets, she unsubtly criticized her ex-fiance for making light of their failed relationship. Apparently referencing Davidson, she wrote that "for somebody who claims to hate relevancy u sure love clinging to it huh." Fans immediately swarmed with supportive messages for Grande, and less-than-flattering comments about Davidson's comedic abilities.

It isn't the first time Davidson has referenced his relationship with Grande on SNL — in fact, Ariana was a regular on-set presence earlier in the season, frequently filming Instagram stories backstage and gushing over Pete's performances. So it appears the rules have changed post-break-up. Will these subtweets actually mean anything in the writer's room, though? Probably not. For better or worse, you can probably still expect at least one more Weekend Update gag about dating pop stars tomorrow night.