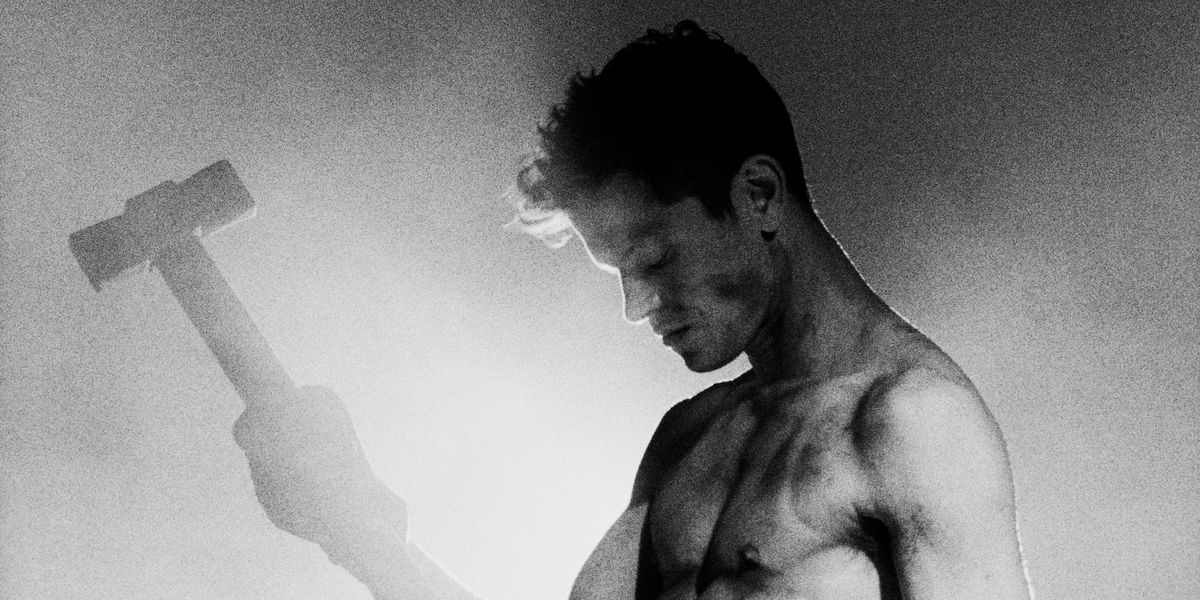 Perfume Genius is releasing a new album called Set My Heart on Fire Immediately on May 15. Mike Hadreas has shared two singles so far from his No Shape follow-up. They're both stunning and strange. On "Describe," he moans over a hurricane of rasping blues guitars. "On the Floor" starts out like a jaunty jamband tune until you hear the loosely biblical-sounding lyrics. A press release explains that Set My Heart "subverts concepts of masculinity and traditional roles" while introducing "decidedly American" influences.

After playing with classic rock and roll tropes, Hadreas is now calling out to the American canon in a different way. Tokyo-based producer and magician of nostalgia Initial Talk has transformed "On The Floor" into a euphoric bop straight out of the Reagan era. PAPER premieres the remix, which comes alongside a video collage of vintage club footage that will melt your quarantined heart.

Since 2014's Too Bright, Perfume Genius has inched closer and closer towards a sound that could be savored on the dancefloor. He's no longer an artist of the tortured piano ballad: Initial Talk envisions and realizes a dancefloor Perfume Genius. Loaded with sprays of glittering synths, zippy kickdrums and robotic beeps and boops, the song is an adrenaline shot splitting the difference between Prince and Eurythmics.

"I was so happy to have Initial Talk breathe their joyous nostalgia into this song," Hadreas tells PAPER. "The remix gives 'On The Floor' another life by magnifying some of its influences and bringing inspired, shiny new ones of it's own. It makes me happy."