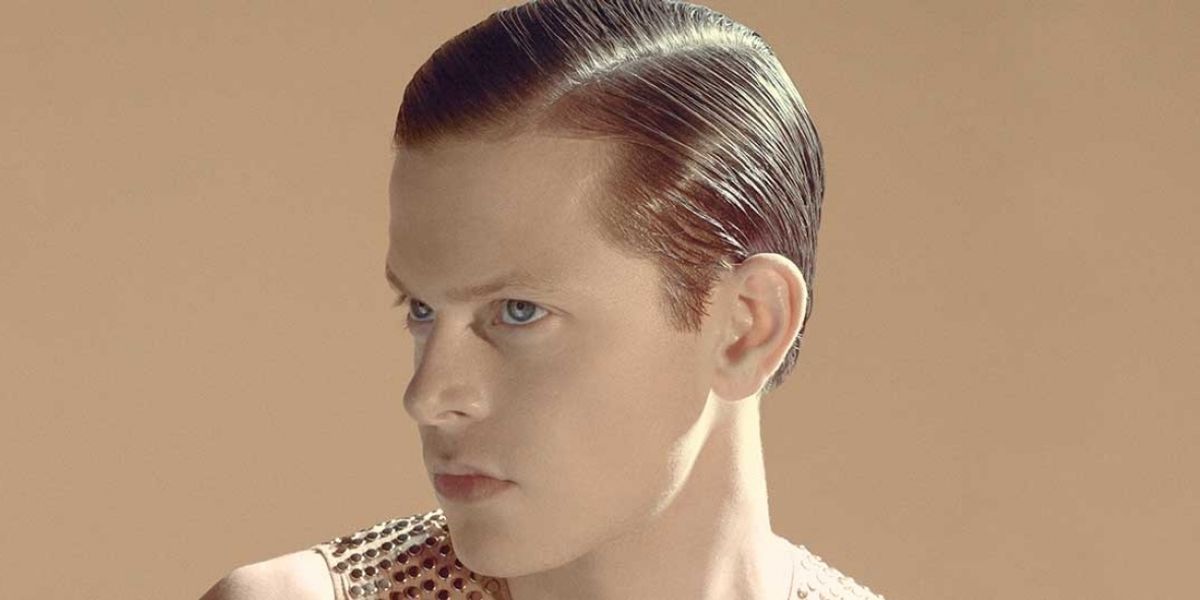 "I am a silly bitch, but I'm also a gloomy bitch"

Perfume Genius (Mike Hadreas) made a huge splash in 2014 with his acclaimed album Too Bright and his proudly gay anthem, "Queen," about the homophobia that remains deeply ingrained within our culture -- even despite morsels of surface-level progress. (Show us a more gorgeous and withering sucker-punch of a lyric than "Queen"'s chorus -- "no family is safe when I sashay.") But in addition to Hadreas' incredible musical talent, he's also an excellent and funny tweeter and one of our favorite voices on social media. As such, we decided to check in with the artist -- who is working on new music -- to talk all things internet culture and pop. Join us as he takes gives us a tour of the internet's darkest rabbit holes ( police officer shoe-smelling fetish videos, anyone?), the beauty of FX's Bates Motel and how he deals with trolls.


Your Twitter is one of the funniest accounts on the Internet—a perfect blend of self-effacing quips and pop culture commentary. Would you say humor plays a big part in your artistry as a musician?

I may wink in some of my lyrics, but for the most part my music is deadly serious. I am a silly bitch, but I'm also a gloomy bitch. Those two extremes aren't far apart for me -- when something shitty happens I either laugh about it or spin out and eventually need to sit down at the piano. There is no real in-between. Just different ways to process and cope, I guess.

What are your favorite accounts to follow on Twitter/Instagram or any other social media outlet?

If i had to narrow it down to two twitter accounts I think I could get by on a feed of just @Merman_Melville and @joanneprada. On Instagram, I mostly follow chihuahuas. My all-time favorite YouTube user that I followed religiously -- Felicia436 -- deactivated her account. She had a mask and smoking fetish so she would wear masks and smoke in the woods while her two Labradors ran around. Her videos were very beautiful to me -- I like to see people knowing exactly what makes them happy since i have no idea myself.

What are some things -- music, movies, shows, anything on or off the Internet, that have been inspiring you lately? (Your Bachelor commentary is priceless, by the way.)

Why aren't more people tripping about Bates Motel? It's so fucked up and campy. I don't think I've identified with a character more than when Norman wears his mother's robe. Music-wise i have mostly been listening to Third/Sister Lovers by Big Star. I tore through Octavia Butler's Xenogenesis trilogy and honestly looked at the world differently for some time -- its rare that happens as an adult. Everything had tentacles and sensory hands for a while.

There was one guy that liked to smell cops' shoes. I don't think he really got a hold of any but I can tell you he was sniffing those sneakers like they were the real thing. The same video of him over and over with various police shoes on his face with his delighted grunts. Then one video inexplicably was just him showing off enormous earrings that were bundles of plastic grapes on a vine. Work.

Your platform on and off the Internet has increased so much since your last album Too Bright—what have been the best parts of that?

I've been able to play shows in places I hadn't made it to before. I got to hug people and we both had been waiting for that hug. That is the best part. I also got 5 cases of coconut water, a pair of jeans and a sweater all for freeeeee.

Are there downsides to being online? The trolls?

Of course! I've heard it all. It can really season your day. Sometimes it can season your week if the message is particularly cruel. Honestly the hardest part is holding my tongue. I've read some well-written negative reviews of my music that don't bother me. Its only when it is very specific and very personal that I spin out. But I hold my tongue and FLAG and DOWNVOTE that motherfucker.

You've discussed how your last album, and a lot of your music before, was inspired by "gay panic," and queer empowerment under hetero-oppression. Have you found people growing more and more comfortable with openly queer musicians and music, even in the past two years?

You've referenced that you've been working on new music on Twitter—how has that process been, and what can we look forward to from you?

I go through the same process each time I write. I am paralyzed by pressure and the knowledge that I will be handing this material over -- that these songs are for sure going to be heard and that this is my one shot and I have no backup plan. I become certain that i will never be able to write ever again, that this entire thing has been a fluke. But I persist and bang on my piano every day and somehow eventually it all opens up and i know exactly what I need to say. I am somewhere in the middle right now. But i can guarantee the album will be dope because they always are.