Perez Hilton Stands by His "Castro Is Dead" Story 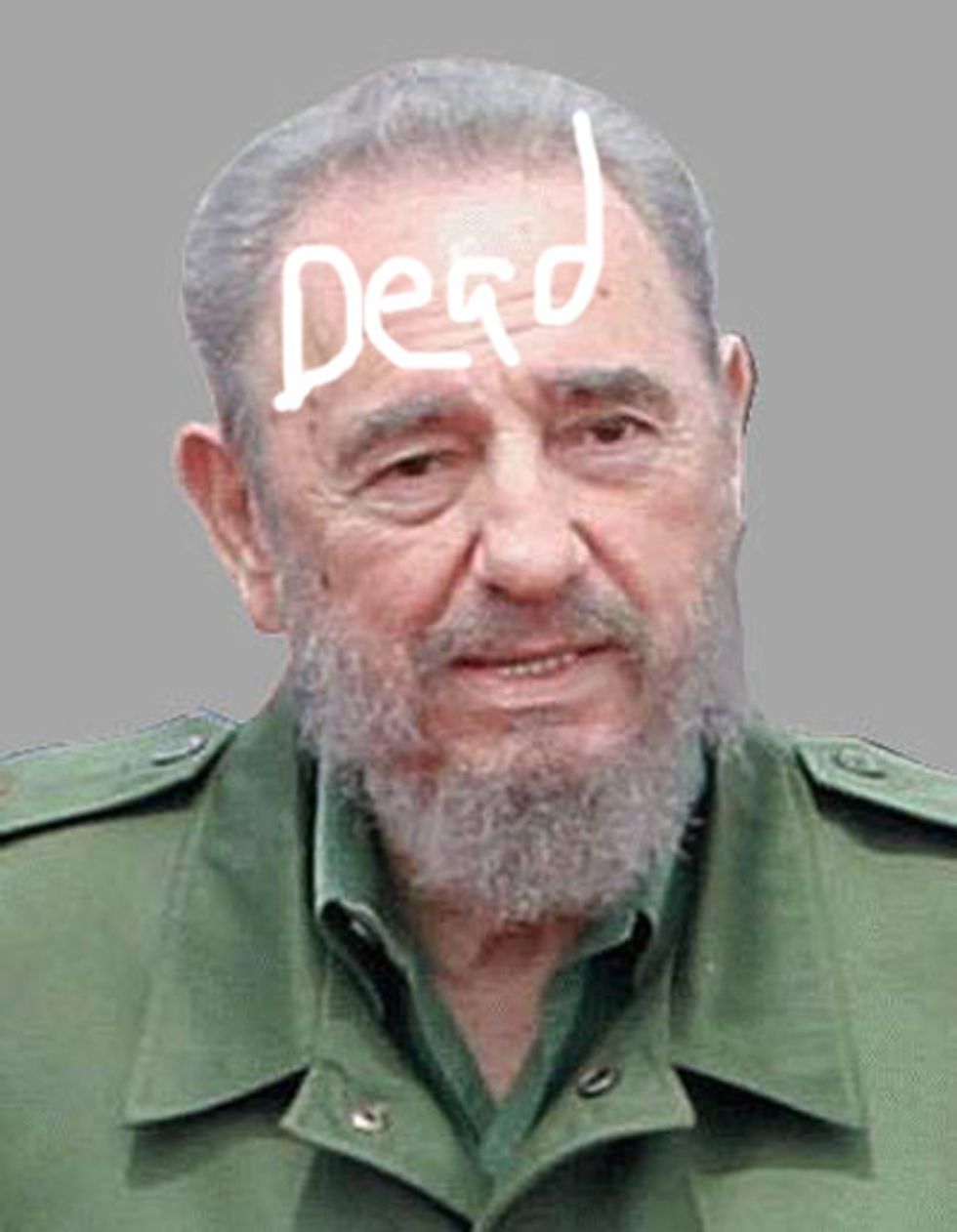 Recently gossipist Perez Hilton reported that Fidel Castro was dead. With his millions of readers, the word spread as everyone anticipated confirmation from Washington, Cuba or the media that this was indeed the case. Alas, not only hasn't the news been confirmed but Castro has penned an editorial for a Cuban newspaper about the unbeatable prospects of a potential Clinton-Obama ticket.

When I asked Perez about this he responded: "I stand by my story 100 percent. I can guarantee you will not see him out and about walking the streets of Havana before the Cuban government officially announces his death. However long it takes them, a week, a month or a year. But between now and then, he won't be seen in public because he's dead. I have this from government sources. I feel confident that I'm right. He hasnât been seen in public in a year and he won't be. He allegedly continues to write these essays and I wouldnât be surprised if a video pops up in the future but that video could have been shot whenever."