Fashion Week was overwhelming. Enter Perez Hilton Presents, the infamous gossip queen's touring rock n' roll extravaganza which made its stop on Wednesday night at the Fillmore. Headliner Ida Maria was out due to illness, but I was really there to jump up and down to Ladyhawke's "Paris is Burning" anyway. I had to try to tone down my fan-ness when I suddenly found myself backstage frolicking with the rock stars, including the Lady herself and Perez and his orange Mohawk.

I watched as Kat DeLuna prepped with her dancers and tried to decide whether or not to rock a band jacket over her studded metallic corset. I said keep it, and she took my advice, before throwing it off and getting her salsa on with her dancers and the sounds of DJ Cassidy. Kat riffed and bravadoed it up on random choice, Celine Dion's "I'm Your Angel" (Who knew she had such killer pipes?). The covers were a plenty -- Frankmusik got the crowd in a tizzy with Rihanna's "Please Don't Stop the Music" while Little Boots, who performed solo with her keyboard, made me lose my mind by singing one of my fave songs -- Kate Bush's "Running Up That Hill."

Always the frenetic performers, Semi Precious Weapons, gave us an off the wall, Red Bull friendly set -- even the lovely Ladyhawke (or Pip, as she intro'd herself to me -- how cute!) said she didn't understand why she was the headliner. Vocalist Justin Tranter is like the rock star male version of Gaga with better hair and legs -- he provided high kicks in heels, sang atop speakers while strip teasing in his leggings, and ended with "We hope you all get laid!" Everyone around me was so ready for Ladyhawke to hit the stage, including Men's JD Samson and girlfriend Sia, who danced the night away on the balcony as we overlooked the packed dancing pit of hipsters. Stepping up to her mic wrapped in white Xmas lights, Ladyhawke KILLED IT. Working those dirty blonde bangs, she was a mad woman on the guitar, and she sang all the besties, including "Back of the Van," "Paris is Burning" and crowd favorite, "My Delirium." The aforementioned was such a fave that it brought Semi Precious Weapons back on stage, as well as two random females who may or may not have been crazy fans who climbed on top of the speakers, took off their tops and "danced" while simultaneously every iPhone/Blackberry began to take pics. 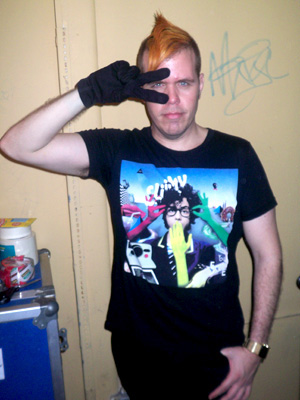 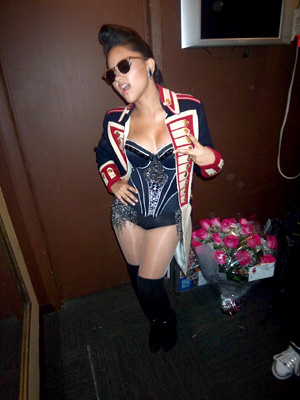 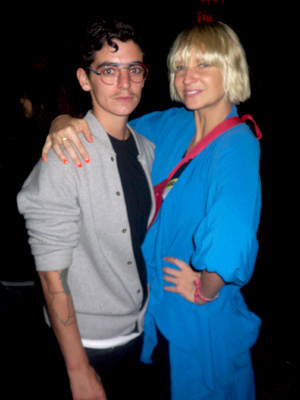 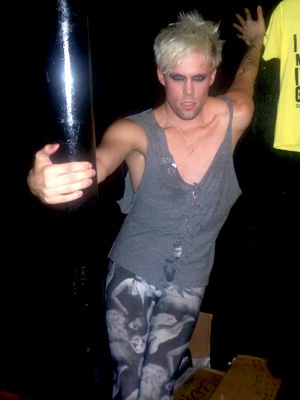 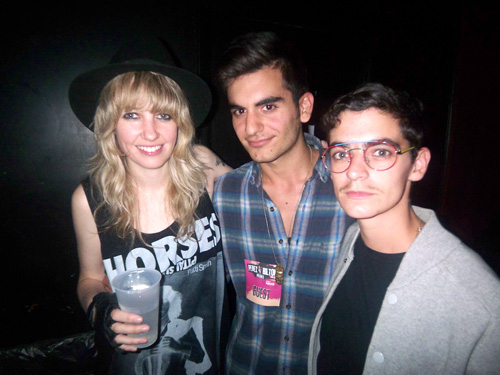