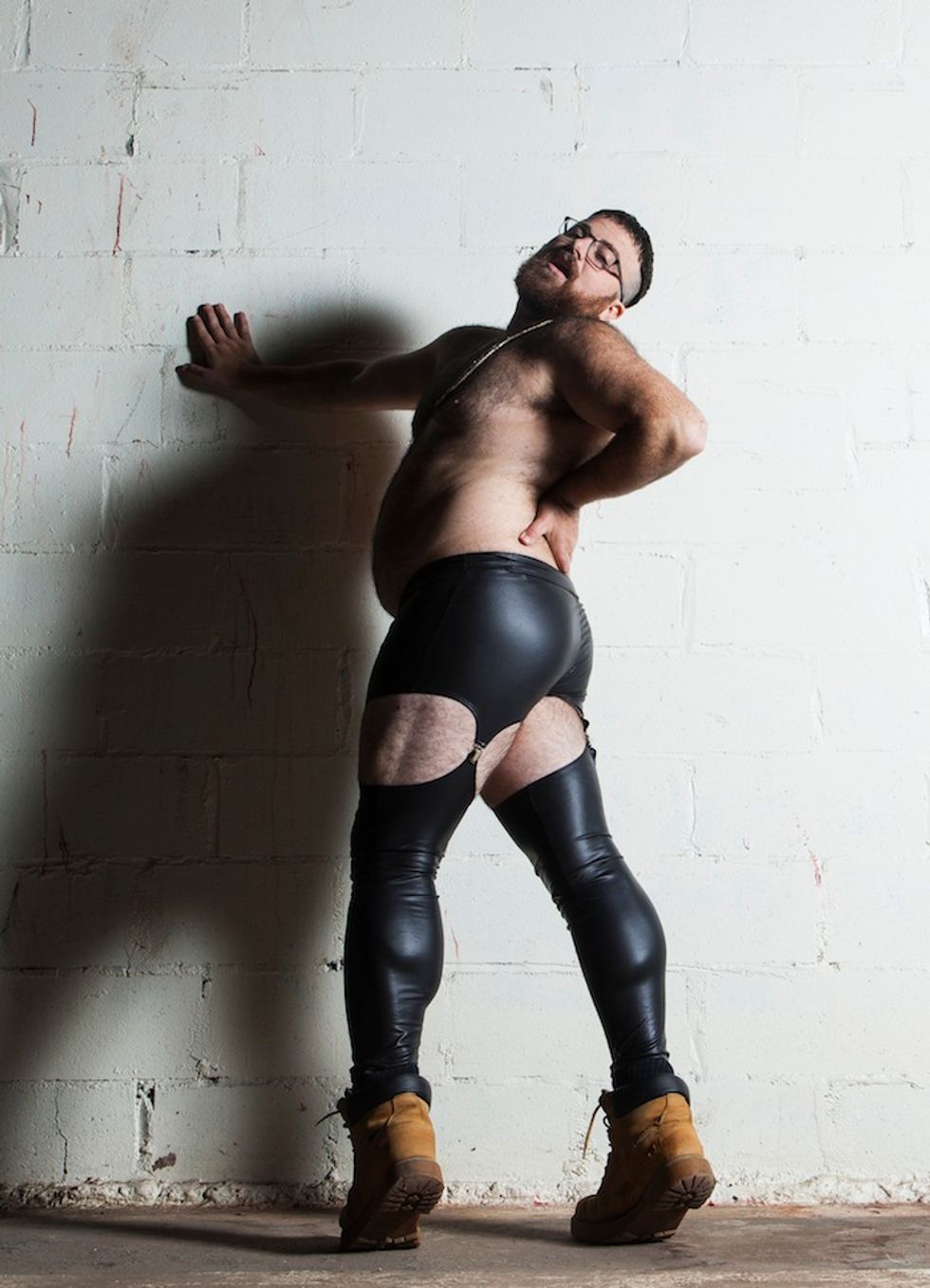 "People Are Like, 'Why Do You Have to Talk About Sucking Dick So Much?'" A Q&A With Rapper Big Dipper

by Justin Moran
PAPERMAG
"My accent is Midwestern, Chicago born and raised / and I'm out here tryna function, keep these cuties entertained," raps Big Dipper on "FTP" off his new self-titled EP. The four-track effort, produced by NYC-based DJ Byrell the Great, is a more aggressive shift for the NYC transplant, whose earlier release this year, Free Money, played with more clubby, uptempo production and tongue-in-cheek hooks. But for the rapper with bear style and a former album called Thick Life, the project's still got humor -- except this time around, he's more Nicki Minaj and less Weird Al, capable of flinging Queen-y, pop-friendly puns on one track and then growling over thrashing, ballroom beats on the next. We caught up with the musician to talk to him about moving to NYC, getting confused for being straight, and what he thinks about rap's continued ambivalence toward LGBT artists. Read his thoughts, listen to his new EP, and watch his brand new video for album track "Bob N Weave," all below.
You recently moved from Chicago to NYC. What's that been like?

I have an ingrained Midwestern work ethic. I'm happy to wait in line if I need to; I'm nice to people if they come up to me. In New York, there's a harder edge. When people play it correctly, this comes across as fierce confidence, but there are still a lot of cutthroat bitches here. If there's ever a day when the hustle slows down and the coin is really flowing, I might set up homebase elsewhere, but I'm out here for now because the hustle is here. The moment I moved here and was like, 'I'm based in New York,' I started booking nationally, which wasn't happening in Chicago. There's that weird thing about being a 'New York artist.' But I feel like I have Chicago in my blood -- a level of showmanship without entitlement. I came to New York to work and prove myself.

What else has changed for you since starting out as Big Dipper?

I used to be a very confident person, but never outwardly. At this point, I basically strip down to my underwear every show. I can confidently work a room and I've pushed myself out of every comfort zone. I've definitely become more aware of the world, of music, of underground culture. I hadn't gone to a club until I started performing in clubs because I went to theater school and was so focused on making performances. I have this huge love for nightlife as performance now -- that whole circus of go-go boys, drag queens and club characters. That's a performance in itself. Big Dipper has flipped my whole world 180 degrees and I look at things through a different lens now.


</div> <br/><div align="center"><font style="font-size: 0.8em;">Big Dipper's "BOB N WEAVE" video</font><br/></div><br/><b>As someone occupying a unique space in hip-hop, what are some of the biggest pressures you're facing?</b><br/><br/>People talk about authenticity in hip-hop all the time [and it's something I think about] especially being a white person and a queer person. A lot of people making music are very young and I just turned 30. There are all these factors and it's easy to feel like, "Oh shit, these people do it this way or these people do it that way." The constant correct answer is, "How do I do it?" I'm not trying to do anything that anybody else does and that has been the biggest lesson in creating music, videos and a persona. [Big Dipper] is a big fucking art project that reflects my entire life and personality -- it can't be inauthentic. <br/><br/><b>How important is sex in your work?</b> <br/><br/>Whether it's deep in a metaphor or as blatant as fucking 'Put It In Your Mouth,' so much of my favorite music is all about sexuality. Listen to a Lil Wayne album and count how many times he says pussy -- I'm not doing anything revolutionary as far as content. It's just because I'm gay that everyone latches onto that sexuality. That comes from both sides -- straight people who get uncomfortable by the music are like, "Why do you have to talk about sucking dick so much?" And then gay people who are anxious for a gay rapper to cross over are like, "You'll never cross over until you stop talking about sucking dick." If you look at old school Nicki [Minaj] tapes, she was raunchy -- smart, witty and fierce lyricism, but also really raunchy. And then she got picked up. <br/>