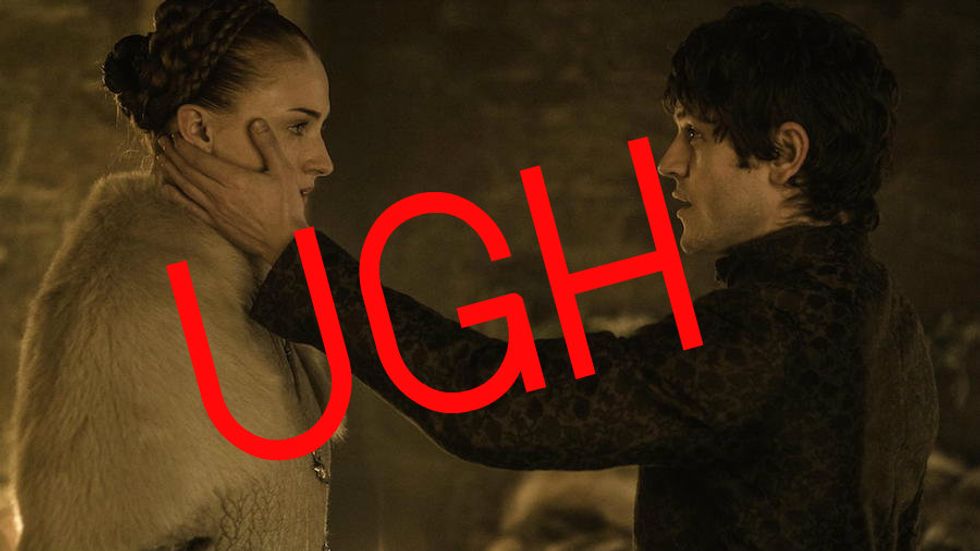 by Eric Thurm
PAPERMAG
By virtue of being a perfectly decent, mostly entertaining but also extremely expensive-looking and popular genre show, Game of Thrones practically demands controversy. It doesn't help, though, that the writers often seem like they are incapable of understanding how to write female characters other than as sex objects in general and in particular as rape victims. This is a well the show has returned to over and over again, without taking to heart any of the actual criticism--it's not just about what happens on the show, it's about how it's depicted. And the most recent episode did nothing to alleviate that concern, using the marital rape of Sansa Stark (Sophie Turner) as a way of torturing Reek/Theon Greyjoy (Alfie Allen).
These controversies have increasingly worn on the fans -- and some people can't take it anymore. Jill Pantozzi, editor-in-chief of The Mary Sue, penned a note explaining why the site would cease coverage. The key sentence: "There's only so many times you can be disgusted with something you love before you literally can't bring yourself to look at it anymore."
There are some attempts to do damage control on the part of the show--Turner claimed she "loved" doing the scene, while George R. R. Martin defended it from the totally besides the point perspective of changing events between the books and the show. Game of Thrones writer Bryan Cogman went the furthest, trying to explain a quote that seemed to position the rape as a "choice."

Hi all. Not going to comment further but I do want to clarify something from the @EW interview that was conducted on set a few months ago: