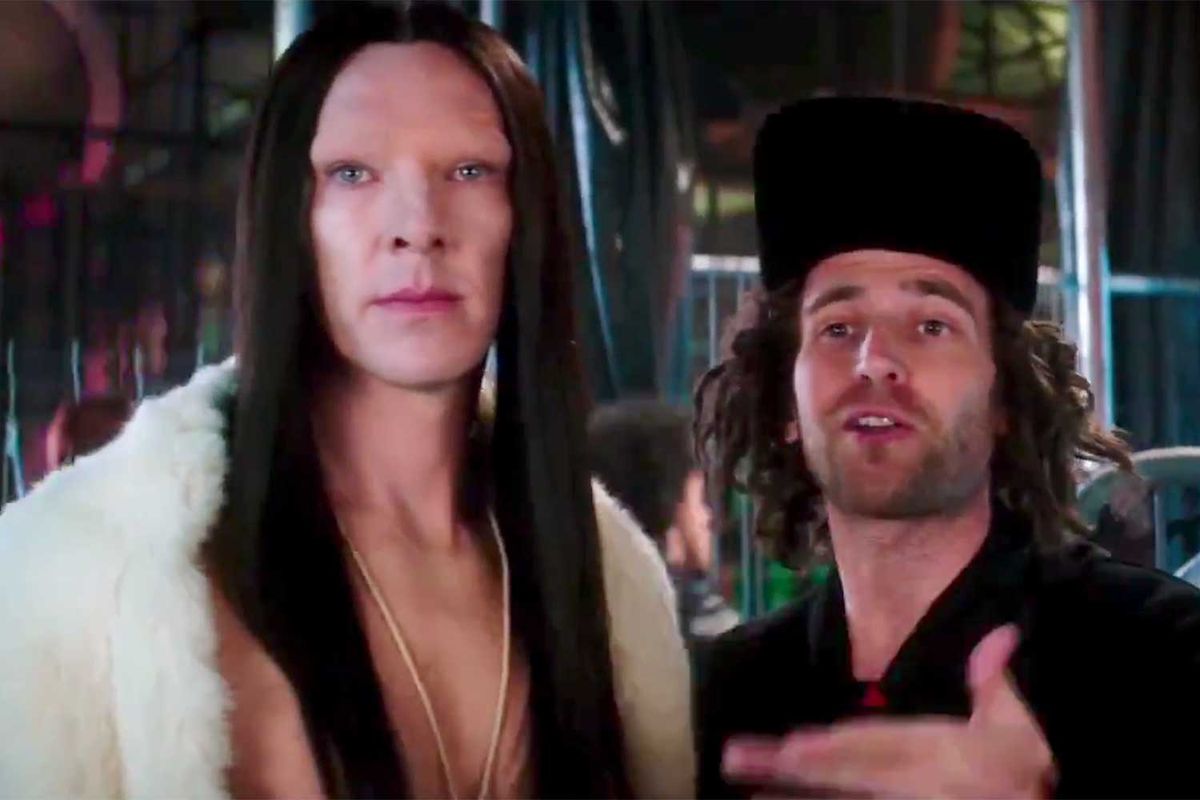 While the Internet exploded last week over the first glimpse at the highly-anticipated Zoolander sequel, the trailer's shitty representation of trans people has led to a petition to boycott the film -- and for good reason.

Not only did Paramount not give the role to a trans actor, but they made the androgynous All (played by Benedict Cumberbatch) the butt of the joke -- framing the character as a very glossed-over, caricature-esque representation of successful transmodels à la Hari Nef and Andreja Pejić. Portrayed as a point of confusion for Ben Stiller's Derek Zoolander and Owen Wilson's Hansel, there's even a snippet of the latter asking whether All has a "hotdog or a bun" -- which is just grossly invasive and beyond comprehension. Like obviously Zoolander isn't a study of tact or good taste, but why is a transphobic joke even necessary? Make fun of the powerful modeling industry all you want, just don't punch down on a minority in the process, you know?

Those wishing to boycott the film can sign the petition here.