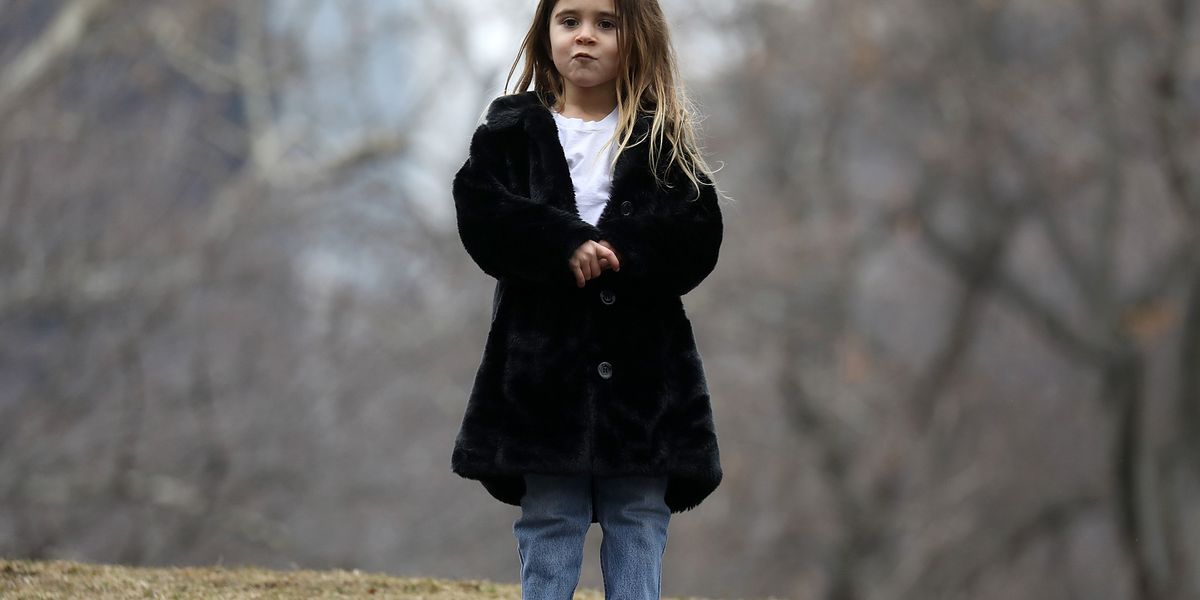 Penelope Disick Holding This Enormous Gucci Bag Is a Mood

Penelope Disick is the daughter of Kourtney Kardashian and Scott Disick — and one of the unlucky Kardashian-Jenner babies who might otherwise be doomed to obscurity by the patriarchal logic that compelled her parents to give her her father's last name, despite her generally more notable and successful maternal lineage, if not for her increasingly apparent star power.

While North, Saint and Stormi might have more louder cults of celebrity, Disick is out here making a name for herself as a formidable tiny human and an unsung Kardashian-Jenner icon. The 6-year-old was recently spotted in Los Angeles with her father, toting a Gucci bag that she could fit inside and an expression of unflappable confidence that that could send a grown man up in flames.

The photo is both a thousand moods and a prophecy of this child's future. As she purses her lips and and arches her perfect brows, you can tell that this small human is already a force to be reckoned with and shall one day rule benevolently from her Kardashian-Jenner influencer throne. Penelope is serving "I have better places to be." She's serving benevolent queen bee. She's serving 100 million Instagram followers before she's 18. She's serving CEO of her own beauty brand, sneaker line and production company. This is the expression of a child who owns the street in front of her and the world inside and outside of her BMW and mansion windows, and who knows it!

Penelope looks particularly regal, gliding along next to her L.L. Bean-fleece and khakis-clad doofy dad: a poignant metaphor for the many feckless and comparatively gauche men she will one day have to sift through and ultimately rule over. Her monochromatic look, comprised of a $385 pink velvet Gucci slippers and a girl-next-door t-shirt dress, also prompts a quick retrospective of her style legacy (which are of course, scarily well-documented online!), which provides only more clues about her inevitable future preeminence.

For one thing at six years old she already has a signature accessory:

Kourtney Kardashian on Instagram: “My little birthday ladybug makes my heart incredibly full every day. So in awe of her. 🎈✨❤️”

She knows how to rock a bold lip:

She knows the LA uniform:

But her style tends towards Free People boho-chic — an individualist among the Kardashian-Jenner women:

Kourtney Kardashian on Instagram: “My CUBA travel diary. On my app. #LinkInBio And part two of our trip to Cuba episode airs this Sunday!”

An it-girl and "self-made" billionaire in the making. Do yourself a favor and don't underestimate Penelope Disick.