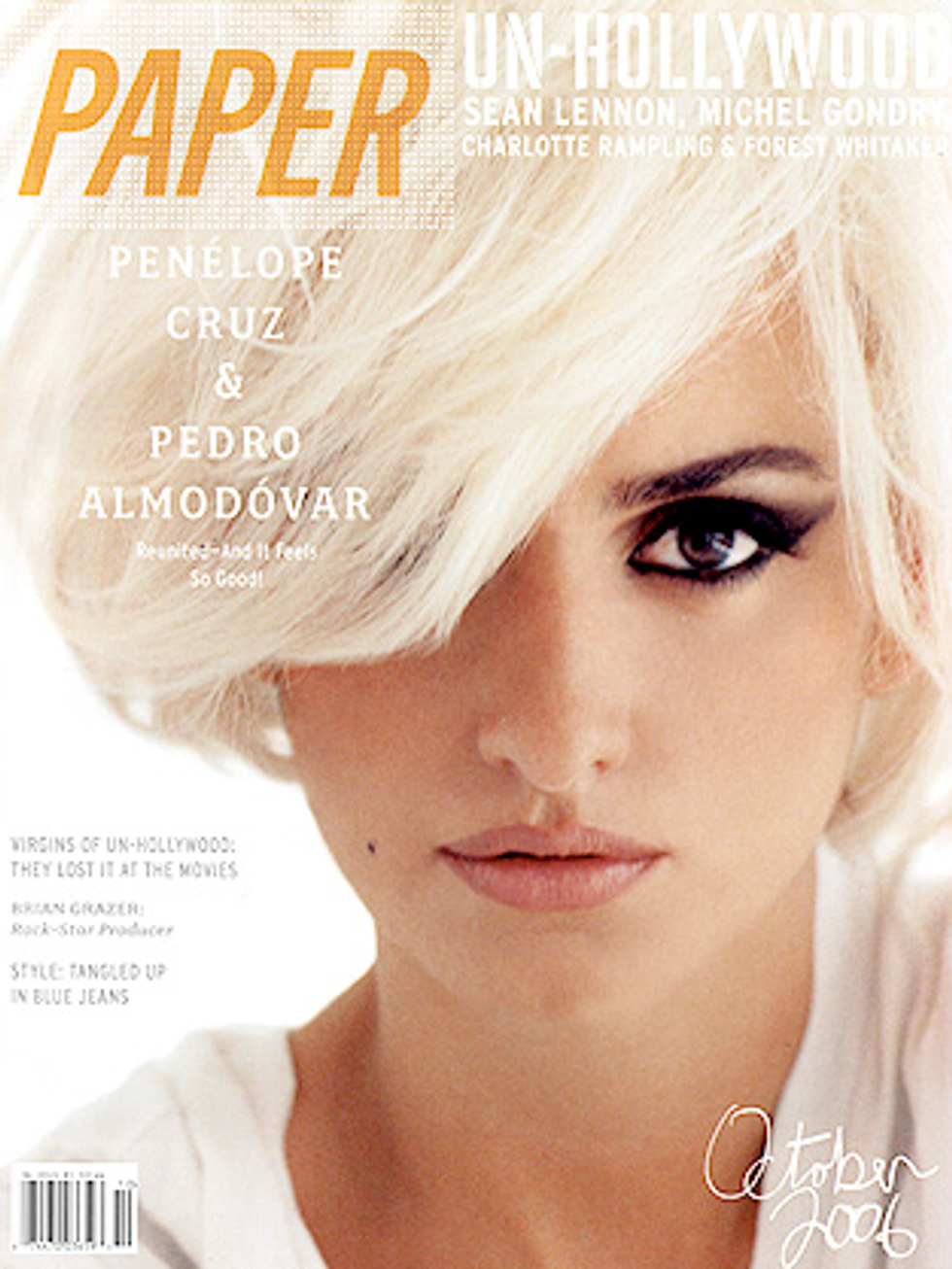 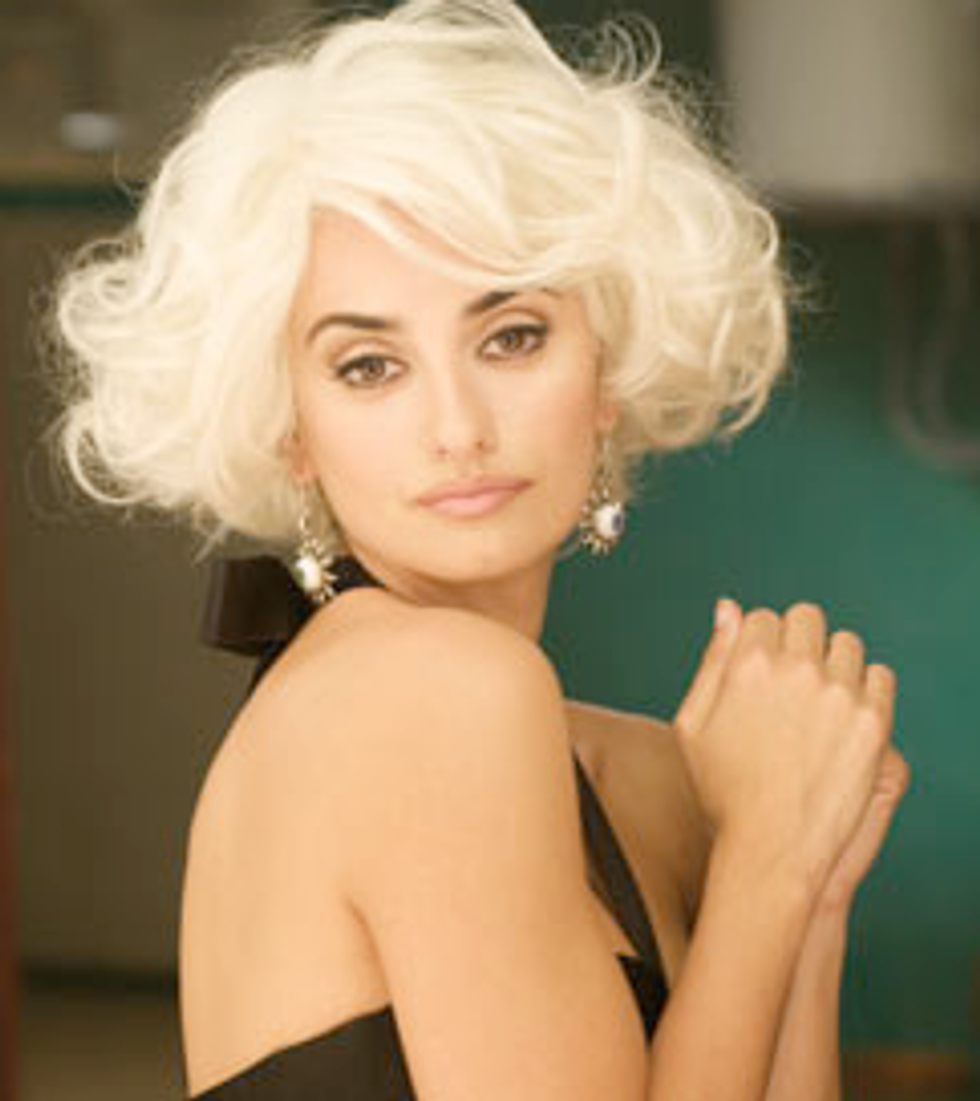 When it comes to stylish melodrama, no one does it better or more intelligently than Pedro Almodovar. Broken Embraces, his latest passion play, stars Penelope Cruz as the mistress of a mogul who she manipulates into backing a movie so she can fulfill her dream to become an actress. As the film winds its way to its inevitable yet spellbinding conclusion, we watch her trying on an assortment of wigs, including a platinum blonde one very reminiscent of the one she wore on a recent cover of Paper magazine. A little bird told me that Pedro based the look on the cover which was conceived by genius hairstylist Oribe and shot by the singularly talented Cass Bird.

Pictured above: Penelope on the cover of Paper in 2007; Penelope in Broken Embraces.