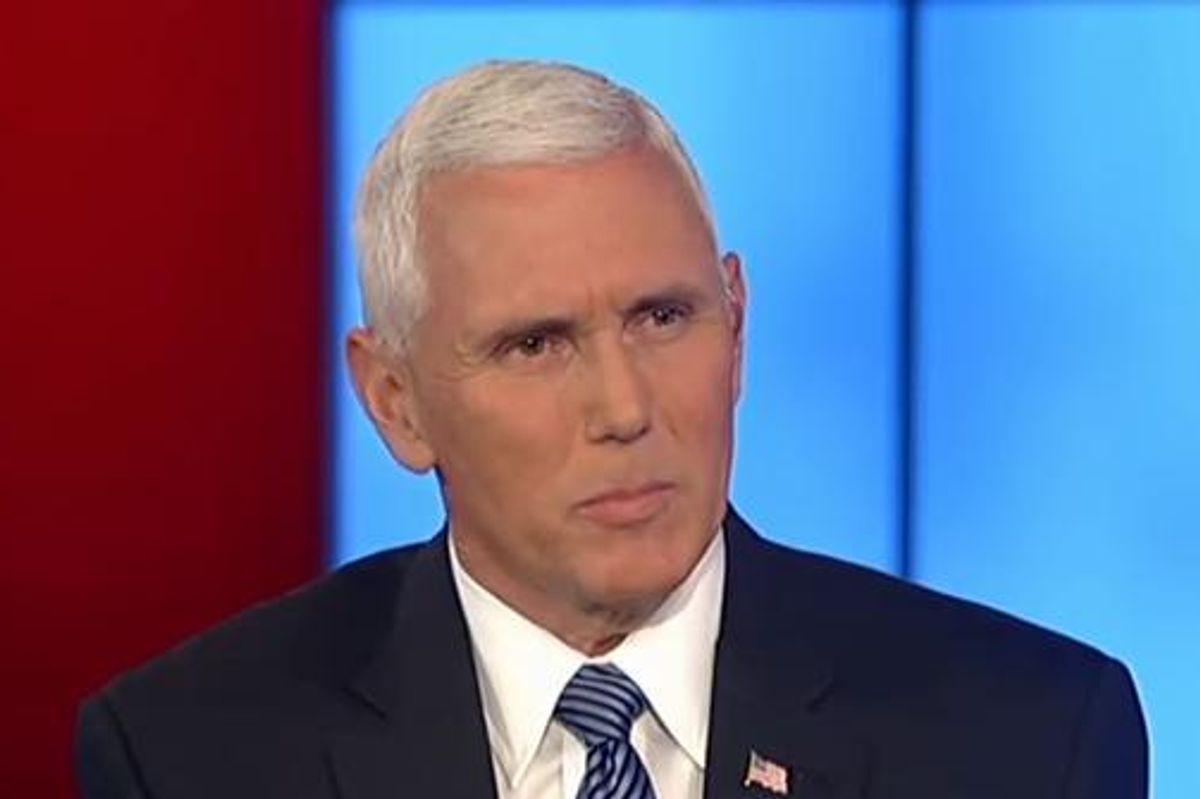 Vice President-elect Mike Pence's support and concocting of viciously anti-gay policies are continuing to haunt (and boo) him, this time in his new neighborhood.

Pence and his wife, Karen, have departed his homeland of Indiana, where he was Governor, and set up shop in Chevy Chase, Maryland (just outside D.C.) where they'll remain until the Trump regime darkens the doorways of the White House (like 1-2 times a week).

His temporary new neighbors, seemingly wary of this addition, decided to hang gay pride flags from their homes.

From windows and front porch columns, the rainbows are a clear symbol of solidarity against Pence's oppressive views.

For those who need a refresher, in 2000, Pence--while successfully running for Indiana Congress--proposed a bill that allocated funding for HIV/AIDS research and health care into gay conversion therapy centers.

If there is a guidebook on how to troll correctly, and righteously, this is in it.