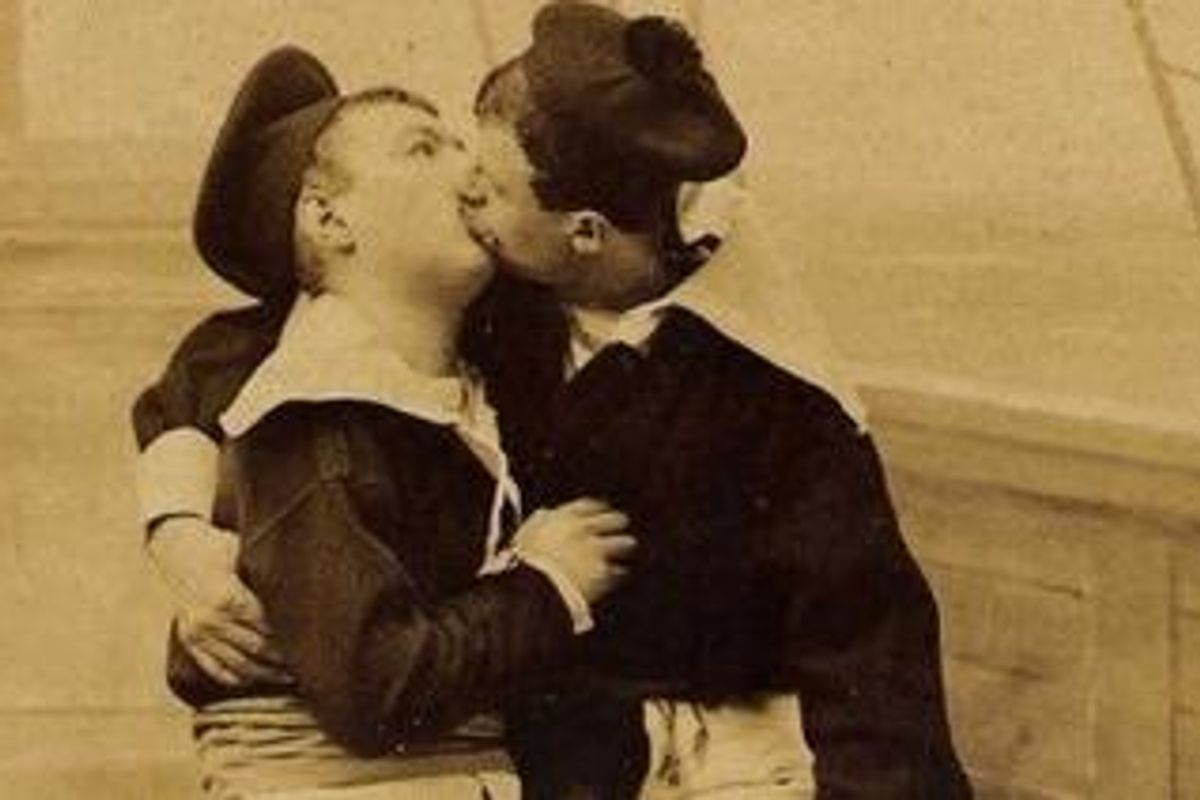 Patriarchal history coupled with potent Christian ideals had a knack for erasing powerful expressions of sexuality (both male and female) from the annals (lol) of Western world -- but our new favorite NSFW Twitter account is trying to fix this via a smut-tastic feed chock full of ye olde titties, peens and puss.

(NSFW) Date unknown. Thank you to @SartorialThug for sending this one. It's quite magnificent.


Appropriately dubbed @whoresofyore, the popular account already has over 25K followers who diligently RT photos of, well, quote-unquote whores of yore -- giving visibility to the sex workers and sexually-empowered men/women of past eras. There's also a rich backlog of historical fun-facts, quotables and more to go with all the vintage erotica -- which you can also help caption, if you're feeling clever.

Colonel Harry Mordant, from "A Modest Defence of the Stews; or, an Essay Upon Whoring" (1724) pic.twitter.com/pjtnhXBAtC
— Whores of Yore (@WhoresofYore) April 12, 2016

Even better? There's even an accompanying Instagram account. And you thought that collection of Heinrich Lossow's 19th century drawings on Tumblr was scandalous!

Now this is the kind of rewriting of history we can get behind -- peep a few more of our favorite smutty snaps/drawings below.