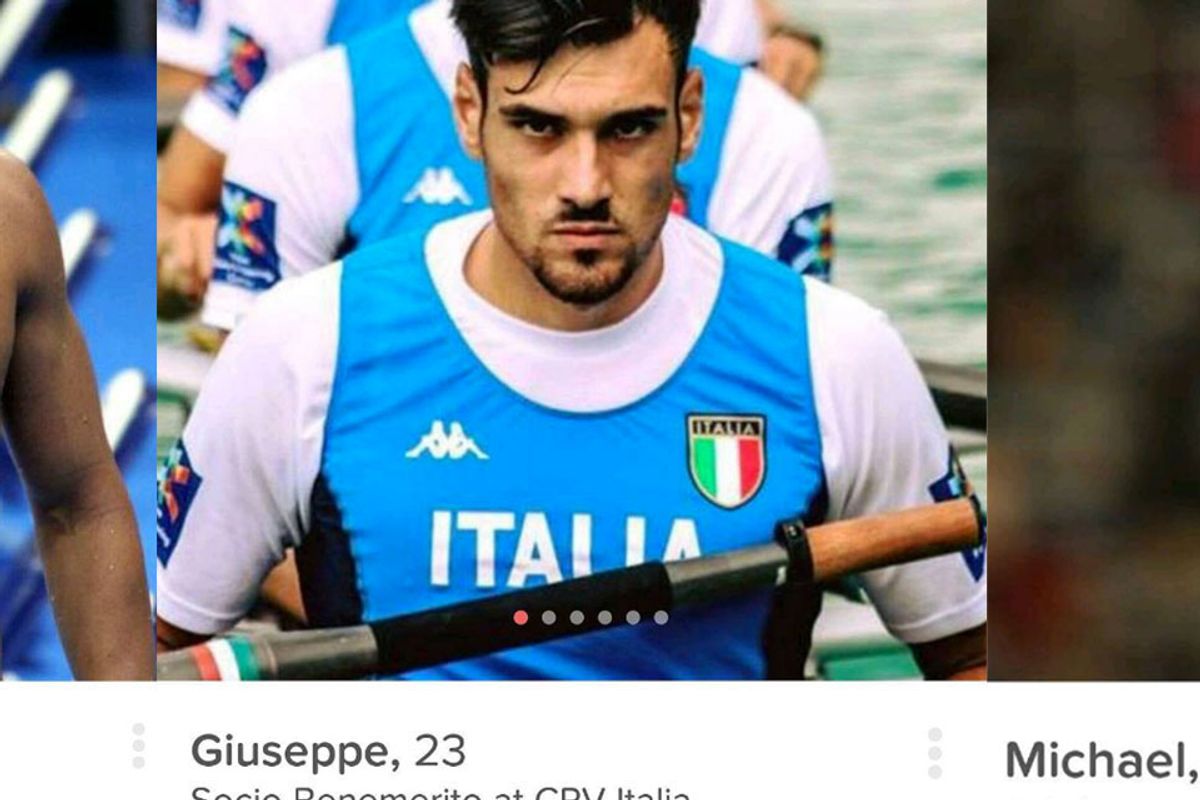 "Providing [the] alternative coverage of Rio 2016" you need, Sportsswipe is the Instagram documenting the Olympic Village's Tinder game -- which includes participants like swimmer Ryan Lochte and model/fencer Race Imboden -- one screenshot at a time.

Yep, earlier today, Vocativ stumbled upon an account and tracked down the anonymous person behind this ingenious use of the Tinder Passport function. Claiming to have found about 500 Olympic athletes looking for a little more than just gold down in Brazil, the original Instagram soon expanded to a secondary, Olympics-centric account appropriately dubbed, Tinderrio.

And while the person behind both accounts said their interest in the love life of professional athletes began at last year's Tour de France and continued into explorations of the Winter X Games, the World Rowing Cup and the Ice Hockey World Championship, Rio is (obviously) their biggest undertaking yet -- though we think they've already nailed it, 10/10. After all, from a quick look, it seems like you really do have a chance with a good portion of our Olympics of Thirst bracket. Check out a few of our favorite Tinder entries below and get swiping.