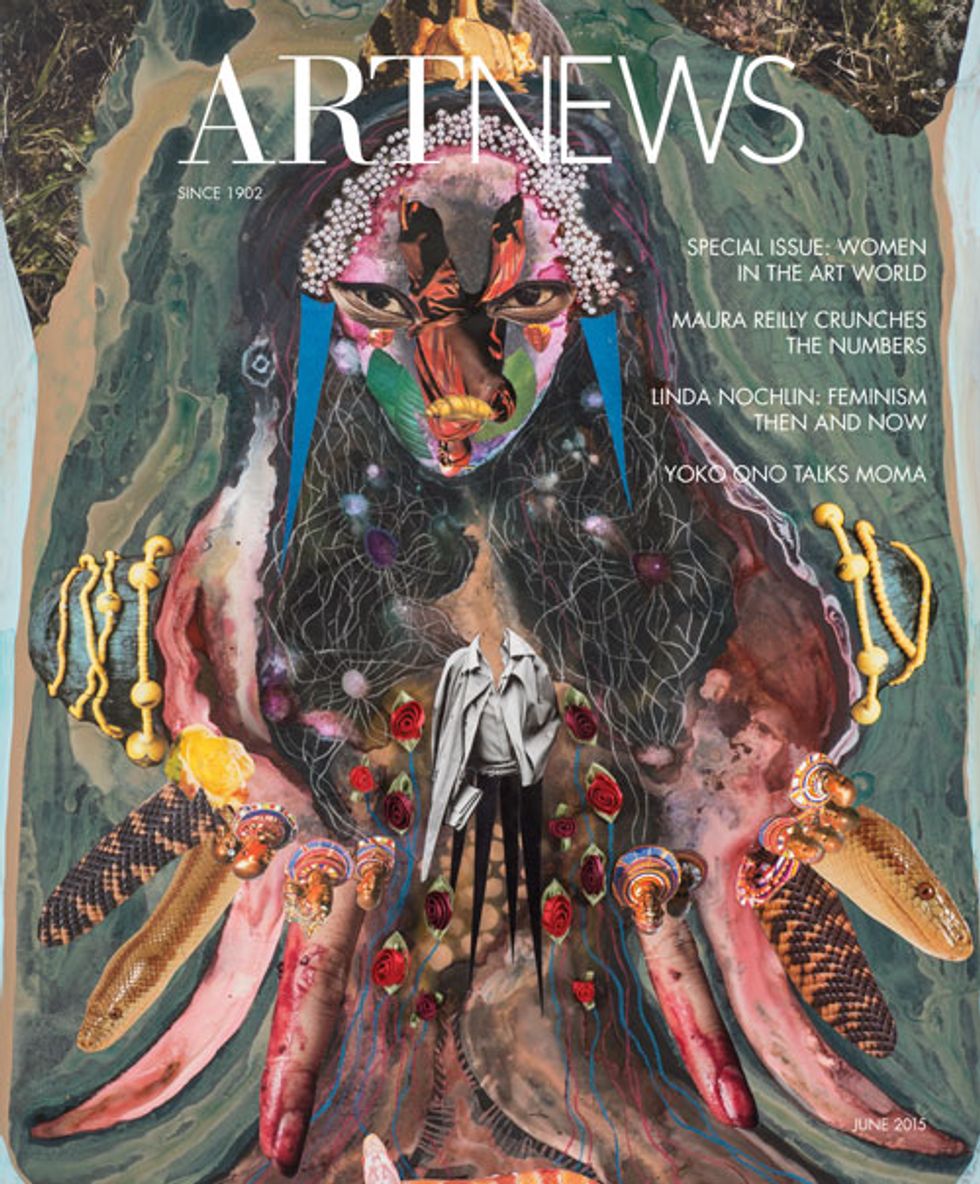 by Sandra Song
PAPERMAG
Back in the 1970s, ARTnews published Linda Nochlin's seminal essay "Why Have There Been No Great Women Artists?" And with prominent artists like Cindy Sherman still saying that their biggest career obstacles have been male artists, it's a question we continue to ask ourselves four decades later.
Curator Maura Reilly's new ARTnews article, which forms the backbone of its upcoming all-women "Women in Art" issue, chronicles some correlating, depressing statistics about women's lack of attention in the art world:
As such, "Women in Art" is all about visibility. Put together by editor Sarah Douglas and curator Maura Reilly, it features a profile of oft-derided, yet undeniably brilliant conceptual artist Yoko Ono, as well as a collection of personal essays by an assortment of female artists that give tangible heft to said statistics.
The issue is a wonderful way for women to reclaim their narrative and space in the art world. Grab a copy and let's start changing the curatorial guard.
h/t Vulture