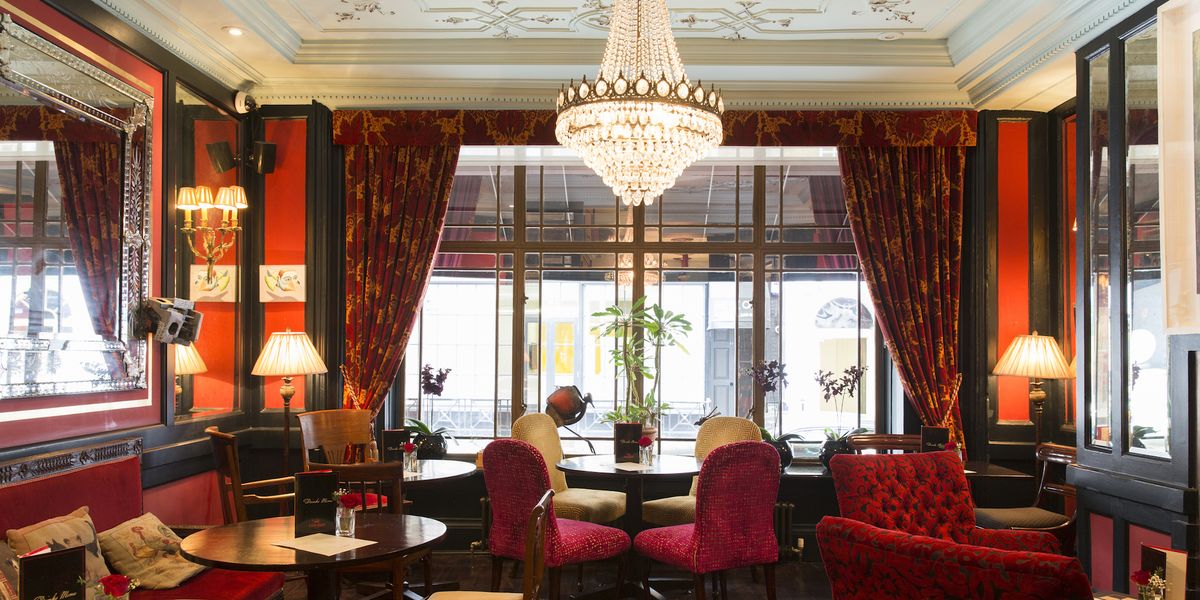 If, like us, you picked up a copy of our new 'Living For Fashion' issue and noticed that the gorgeous Gucci clothes were not the only thing to fawn over in our 'Gucci Guy' editorial, then high tail it over to the beautiful restaurant whose space provided those eye-popping backdrops. The piece was shot at London's L'Escargot, Soho a French boîte located in an 18th-century Georgian mansion that was once the home of the Duke of Portland. The restaurant first opened its doors in 1927 by a M. Georges Gaudin and, naturally, was famous for its namesake dish (Gaudin even had a snail farm in the basement of the establishment). Two years ago it was acquired by new owners and a new chef, Oliver Lesnik (of The Connaught) now helms the kitchen. It's one of those rare places with a rich history yet enough of an eye towards the future that neither the space -- nor the food -- feels stodgy or anachronistic. And, we might add, as fall becomes winter, its elegant confines might be no better refuge from London's sleet and cold. Take a peek at some pics below. 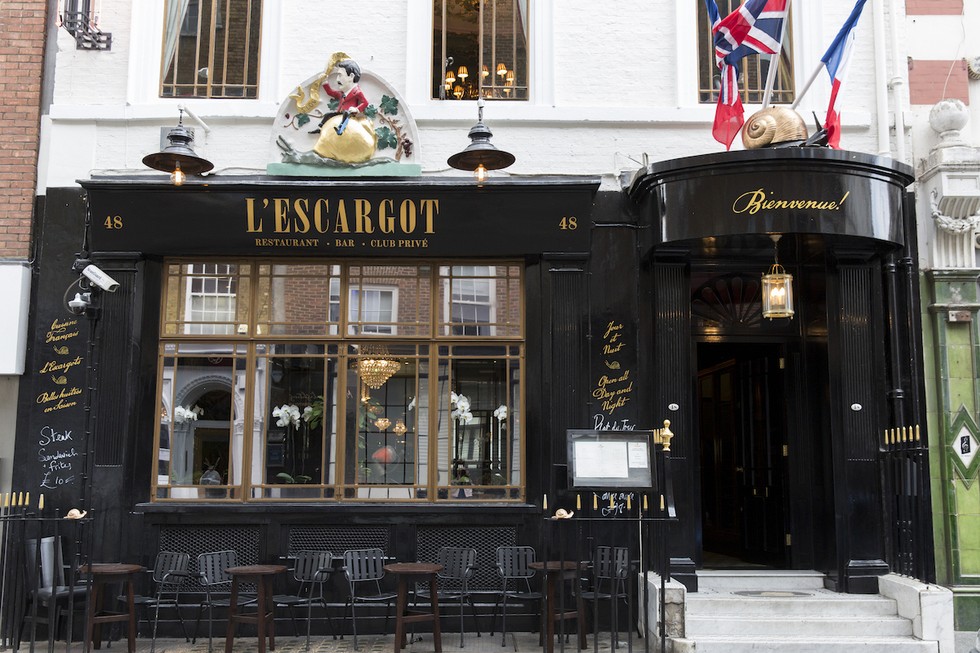 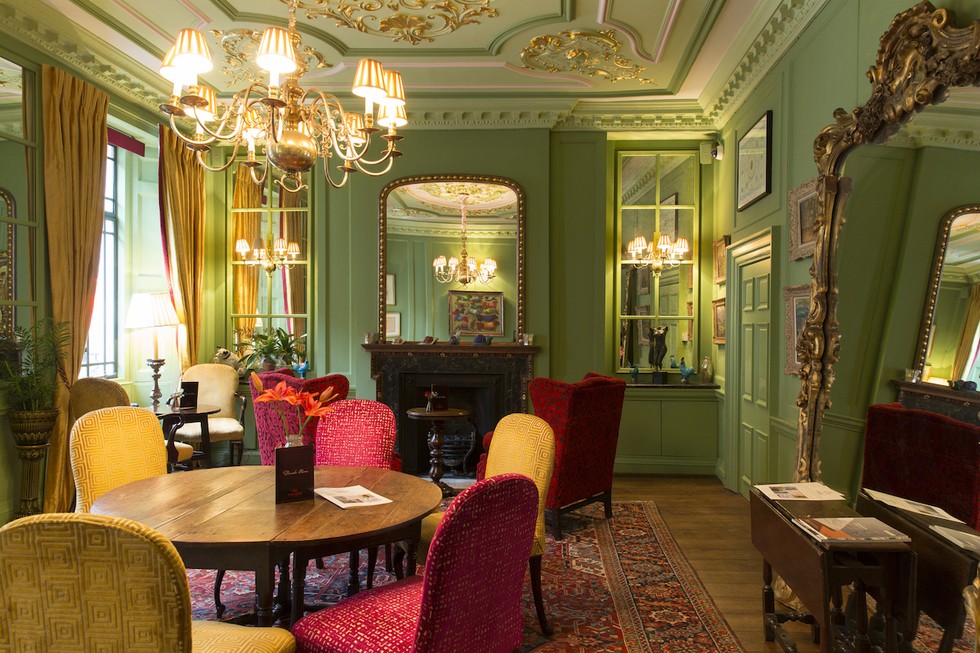 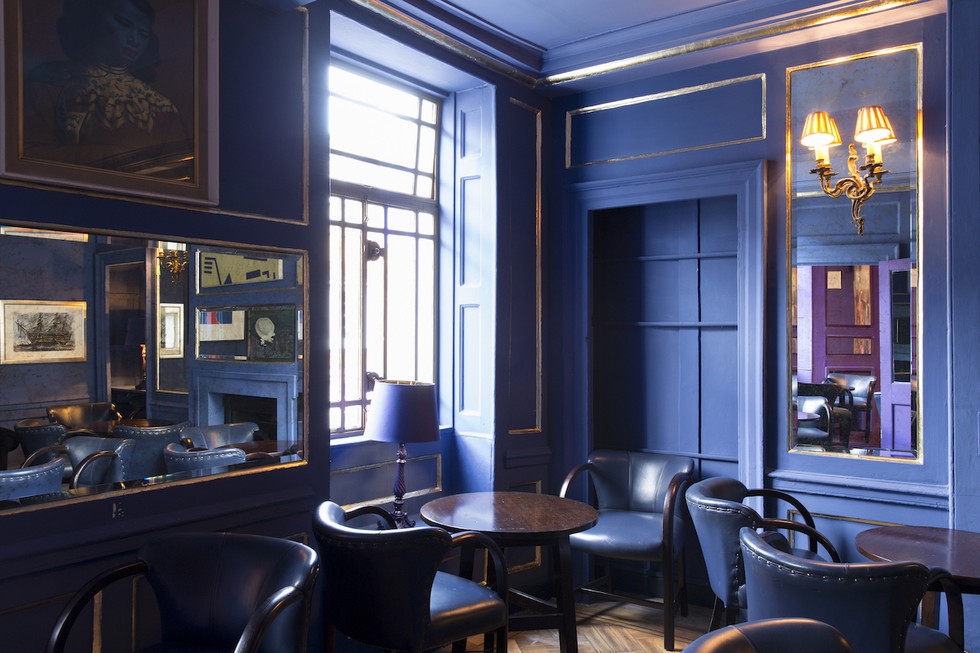