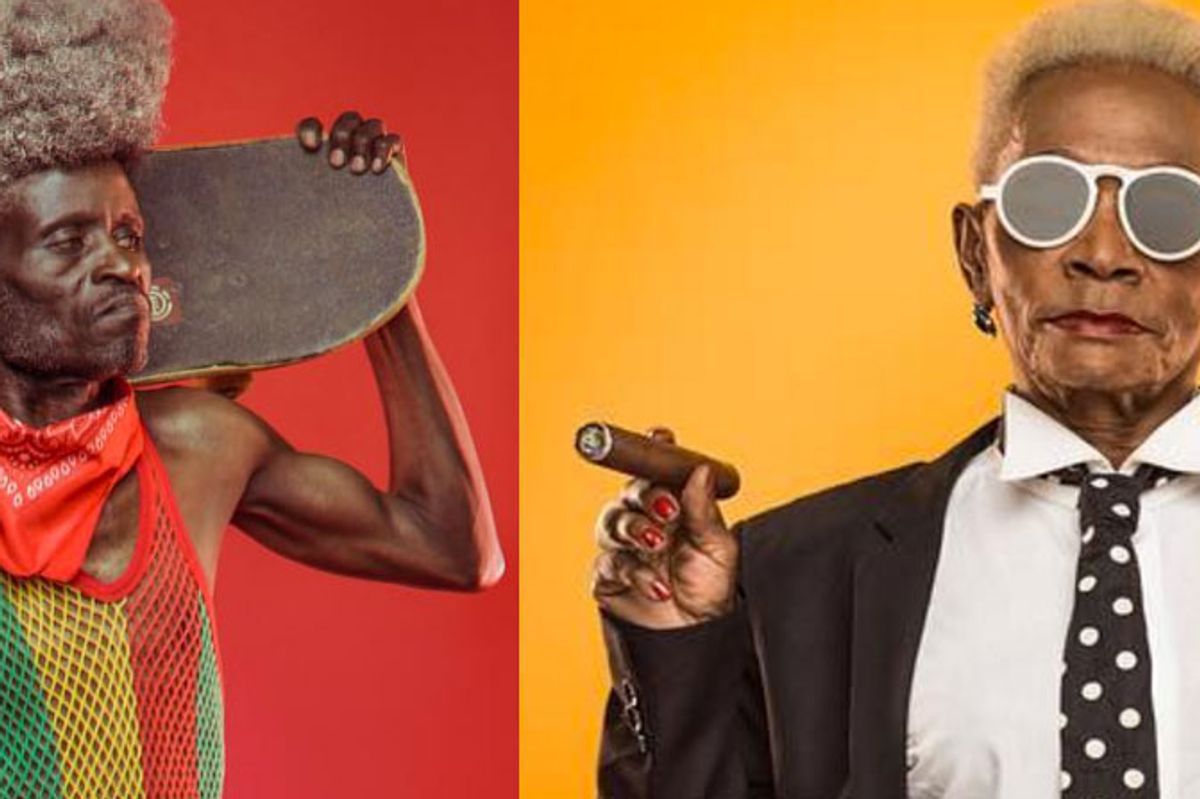 Peep Images Of Hip-Hop Grandpas, a League of Extraordinary Grannies and More From This Rising Kenyan Art Duo

Nairobi's Kabangu crew is more than just the hippest octogenarians around. A group of four hip-hop senseis who've been mentoring up-and-coming Kenyan talent since the 80s, they're also apparently night guards in Kariobangi, a low-income district known for breeding much of Nairobi's musical talent -- and they're poised for a breakthrough thanks to Kenyan photographer Osborne Macharia and stylist Kevin Abraham.

The catch? They're actually...not real -- to the surprise of many of their Instagram fans.

However, this isn't the first time the afrofuturism-focused duo have pulled the metaphorical wool over some literal eyes -- it's just their most recent project.

Last year, they released a story about a group of elite, freedom-fighting opticians dubbed Macicio who made guerilla glasses that would aid in spotting the enemy at night. Based on a real group of guerilla fighters called the Mau Mau, Macharia and Abraham's goal was to alter mainstream, colonialist perceptions of them as savages and barbarians.

Additionally, Macharia and Abraham have also created series about things like a badass League of Extraordinary Grannies, modern day highrollers who used to front some of the biggest corporations and government entities back in the day...

...as well as a series on albinism, in which they attempt to reorient the oft-maligned perceptions of African albinos by depicting them as people with "values, ambitions, [and] dreams" like anyone else.

All of which sound pretty dope to us. Character creation's never been cooler, in our opinion.