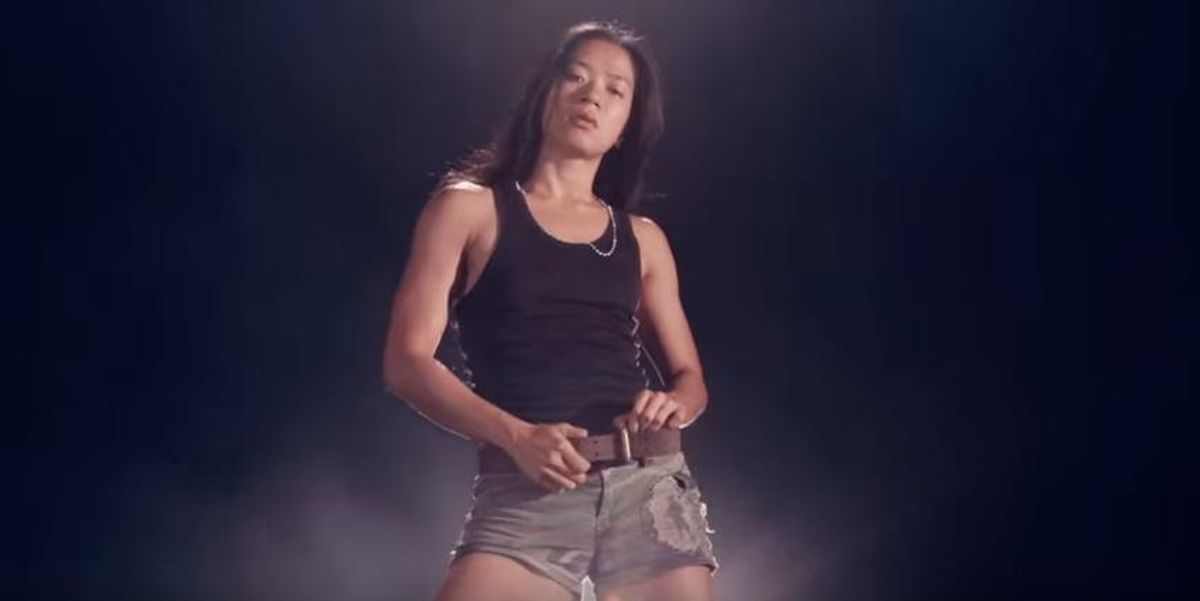 Watch Peaches' Sexy, Stripped-Back Video For "How You Like my Cut"

Merrill Beth Nisker (aka Peaches), our fearless Canadian electro-sex Odysseus, has released another fire video from her most recent album RUB, for slow-burner "How You Like my Cut."

The video features Filipino exotic dancer Eisa Jocson--clad in hyper-masculine garments, and only her; this is the first visual accompaniment Peaches has not starred in. According to Dazed, the musician chose Jocson for her trademark, subversive "Macho Dancer" routine, which is based on the specific moves male exotic dancers perform in the Philippines for women.

I first saw Eisa Jocson perform 'Macho Dancer' as a much longer and more involved piece for a dance festival in Berlin. Eisa recreates the male exotic dancing that happens in the Philippines only by Filipino men performed in nightclubs primarily for the enjoyment of women. I was struck by how androgynous and delicate this gender specific dance is interpreted.