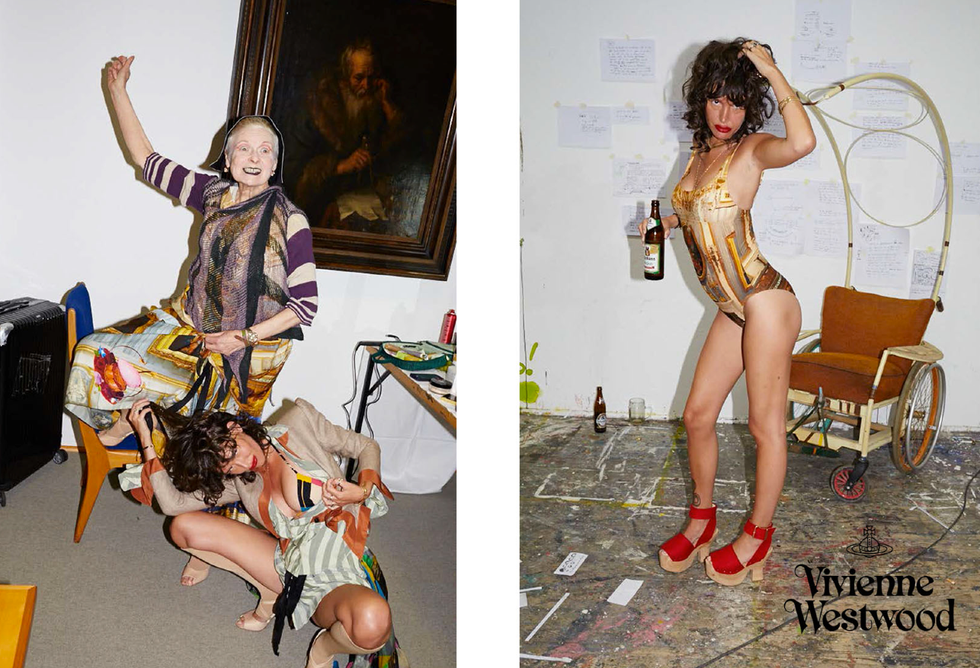 by Elizabeth Thompson
PAPERMAG
In our 2010 cover story on Paz de la Huerta, the tragi-glam downtown art-girl and actress, who had just crossed over into the mainstream with a big role as Steve Buscemi's mistress on the first season of Boardwalk Empire, told us of her desire to work outside of America, where she felt she'd be more appreciated: "They write roles for mature women in Europe. Americans -- they don't get it. They make women look ugly. Then they all make fun of them. It's really a cruel culture. I'm half European and I feel more European than American inside. I'm a Spanish woman. I'm in the wrong country and wrong era." Indeed, much of the American media hasn't known what to make of de la Huerta and her unabashed, work-in-progress messiness -- but apparently Vivienne Westwood can appreciate it. The designer cast de la Huerta in her latest Juergen Teller-shot campaign, styled with a vague '70s rock feel. The two seem to be a perfect match, with de la Huerta shining, as she seems to do best, among the chaos.