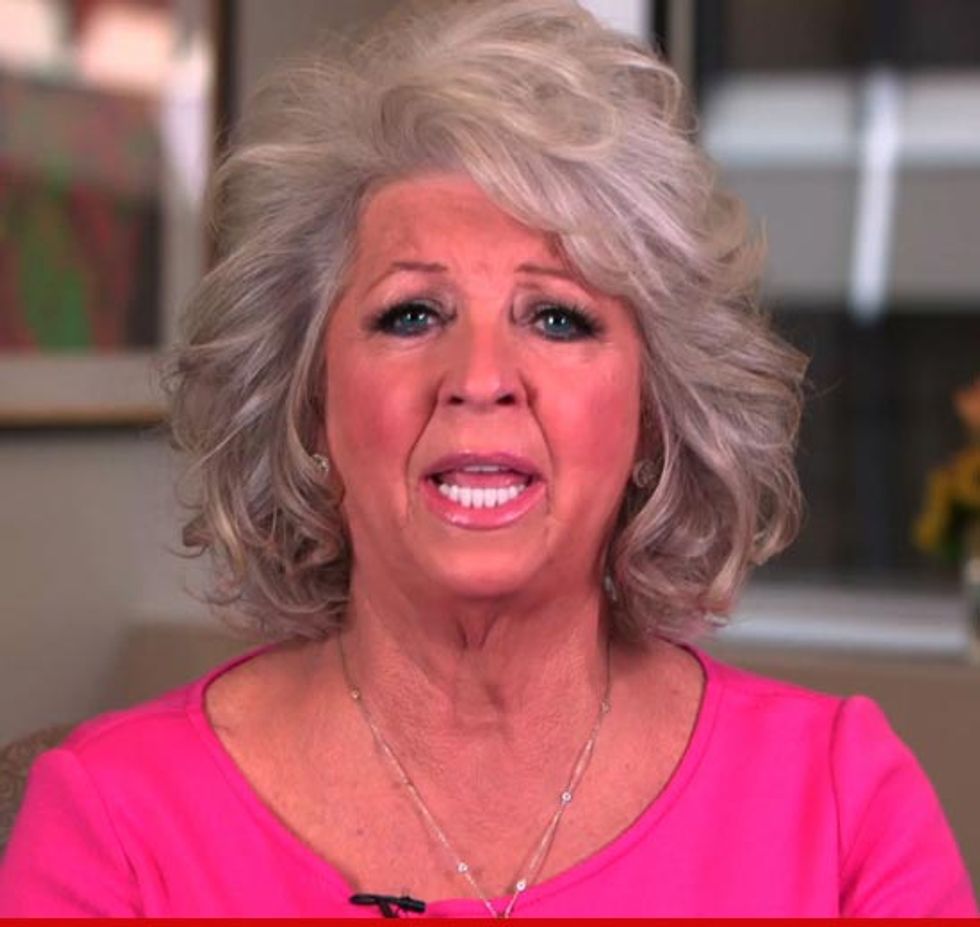 by Carey O'Donnell
PAPERMAG
Controversial Food Network host Paula Deen got the buttery boot from ABC's Dancing with the Stars last night, after offering up a corpse-like jig to Madonna's "Vogue."

Deen, along with her rhythm partner Louis van Amsteel, and a few backup dancers, ripped off Madge's Marie Antoinette-themed performance of "Vogue" at the 1990 VMAs.

The result was a cruel bludgeoning of the senses, physically and spiritually.

Deen's limbs were all but completely guided by her dedicated dancers, and her attempt to actually vogue came off more like an insecure tween doing a cross between "The Electric Slide" and "Macarena" at a summer swim club's Labor Day BBQ than dancing.

Before her performance, DWTS showed Deen's rehearsal footage, where she obtusely stated that "Madonna is a sexual icon, y'all. (We) don't have anything in common!"

Except for the fact that -- as Gawker's Rich Juzwiak points out -- Deen, whose history of using racial epithets and generally doing racially and culturally insensitive -- if not outright racist -- things has been well-documented, chose a style invented by gay men and trans women of color, and then chose to cover an appropriated cover of that same style (aka Madonna's "Vogue").

Meta in the worst way.

Paula and her poor partner, Louis, received a score of 6 from every judge -- even Olivia Newton-John, who tried to be nice and tell Ms. Deen that she looked "beautiful." No stranger to playing the victim game, Deen claims she was "not surprised" by her elimination, and that the judges were "extra hard on her."

Not sure what Paula's next attempt at a comeback will be, but for now, I hope she sinks back into the boiling bayou whence she came.

Take a deep breath, and watch the train wreck below.